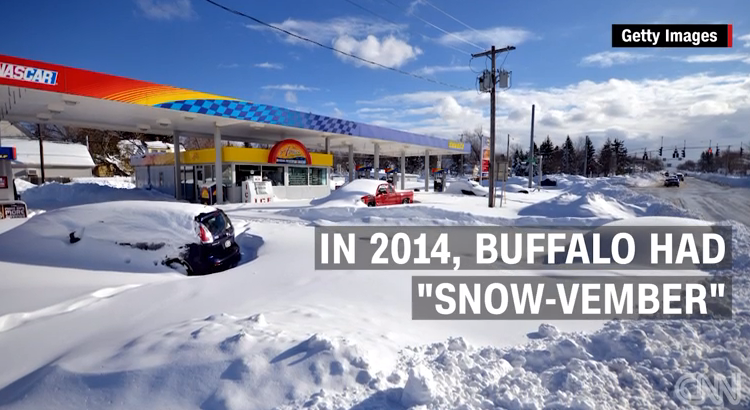 It’s beginning to look a lot like — September? While retailers may be hitting their full holiday shopping season stride, Mother Nature is not doing her part to put people in the Christmas spirit.

Unseasonably mild temperatures are spreading over the eastern half of the country and about 75% of the U.S. population will see the temperature climb over 60Â°F (15C) by the end of the weekend, hardly a winter wonderland. Don’t be surprised to find holiday shoppers wearing shorts while strolling along Michigan Avenue in Chicago this weekend, as temperatures in the low 60s will make it feel more like late September or early October. 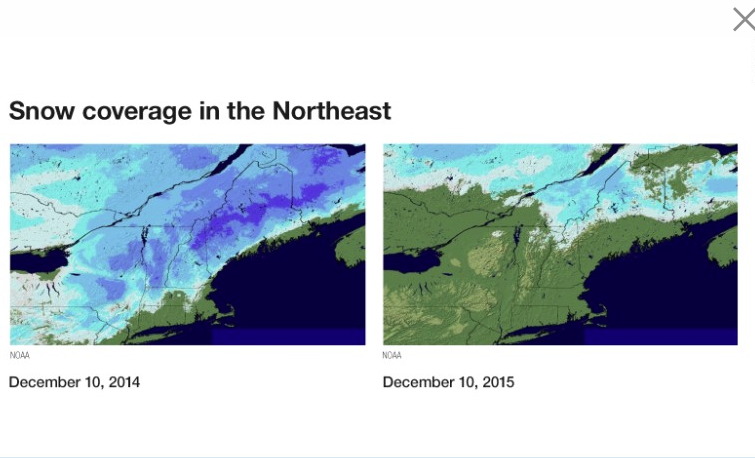 Dozens of record highs are likely to be set this weekend across most of the states east of the Mississippi River, including major Northeast metro areas such as New York and Philadelphia. Temperatures up to 30Â°F (1C) above mid-December averages will stretch across the Great Lakes, with double-digit above-normal temperatures stretching all the way down to Florida. For the Great Lakes and Northeast this weekend, the overnight lows will dip only as low as the normal daytime high temperatures for this time of year.

One of those cities set to see record temperatures this weekend is Buffalo, New York, which is still waiting on the first snowflakes of the season. This is already the latest in the season Buffalo has gone without recording at least .1 inch of snow (the old record was December 3, 1899).

The first snow normally occurs by November 8 and well over a foot would have accumulated by now on average. Last year the city had received over 20 inches by December 10, and areas in southern Buffalo had already been buried under 80 inches of snow. It looks like the snowless streak will continue a while, with no snow in the forecast for at least the next week.

The late-arriving winter comes on the heels of what was the warmest autumn on record for the continental United States, according to the National Oceanic and Atmospheric Administration, with September through November temperatures averaging 3.3Â°F (-15C) above average. 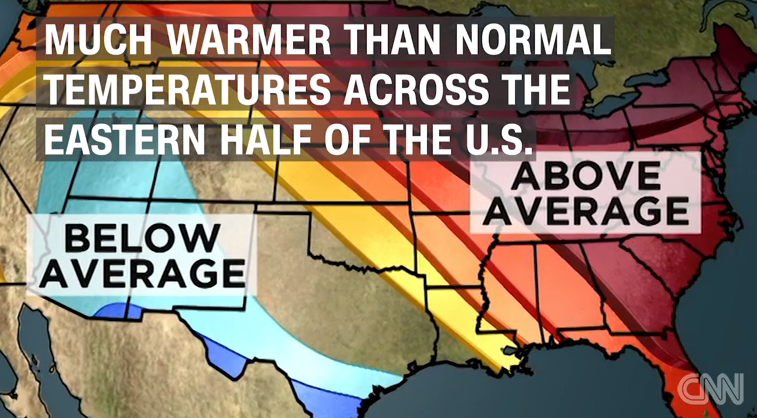 What happened to polar vortex?

El NiÃ±o is the primary driver for the warm temperatures, as warming ocean waters in the tropical Pacific alter weather patterns around the globe and directly affect the weather over the United States, especially during the winter.

NOAA announced on Thursday that the ocean and atmospheric conditions in the Pacific indicate the current El NiÃ±o episode is a strong one that has matured and will likely be among the top three on record.

Strong El NiÃ±os tend to bring warmer than average temperatures to the bulk of the United States during winter, consistent with the pattern we are seeing (along with the stormy Western United States, another result of El NiÃ±o).

White Christmas still may be in the cards

So where is the polar vortex, you might ask, referring to the meteorologically inaccurate name that was attached to several of the major cold-air outbreaks across the United States the past couple of winters.

Ironically, it is a stronger than average polar vortex (which is actually a band of strong winds high in the atmosphere that normally circles the North Pole) which is helping keep the cold air bottled up in the polar region, allowing most of the United States and Canada to enjoy the unseasonably mild temperatures.

So will Santa bring the Arctic air with him in a couple of weeks? While it is too far out to know for sure who will have a white Christmas, long-term projections point to continued warmth for much of the country.
Just think of it as a present from El NiÃ±o.