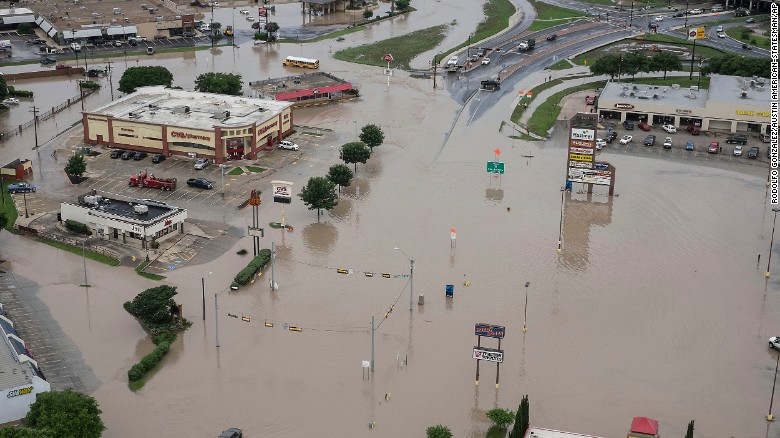 CIUDAD ACUNA, Mexico (AP) â€” A tornado raged through a city on the U.S.-Mexico border Monday, destroying homes, flinging cars like matchsticks and ripping an infant away from its mother. At least 13 people were killed, authorities said.

In Texas, 12 people were reported missing after the vacation home they were staying in was swept away by rushing floodwaters in a small town popular with tourists.

The baby was also missing after the twister that hit Ciudad Acuna, a city of 125,000 across from Del Rio, Texas, ripped the child’s carrier from the mother’s hands and sent it flying, said Victor Zamora, interior secretary of the northern state of Coahuila.

Rescue workers dug through the rubble of damaged homes in a race to find victims. The twister hit a seven-block area, which Zamora described as “devastated.”

Mayor Evaristo Perez Rivera said 300 people were being treated at local hospitals, and up to 200 homes had been completely destroyed.

“There’s nothing standing, not walls, not roofs,” said Edgar Gonzalez, a spokesman for the city government, describing some of the destroyed homes in a 3-square kilometer (1 square mile) stretch.

By midday, 13 people were confirmed dead â€” 10 adults and three infants. At least five people were unaccounted for.

But it doesn’t mean the threat is gone.

The torrents that those storms dumped are still too much for river and creek banks to contain, and runoff was peaking early Monday, threatening continued flooding, the National Weather Service warned.

And rain relief is not coming to everyone. Forecasters warned that with the ground already saturated, even a small amount of new rain could have devastating consequences.

“Only an inch or two of rainfall could quickly lead to more flash flooding concerns,” the weather service said.

The destruction and threat of more inclement weather prompted Texas Gov. Greg Abbott to add 24 counties to the 13 already under an emergency disaster declaration, allowing the state to use all the resources “reasonably necessary to cope with this disaster.”

In Hays County near Austin, up to 400 homes have washed away. “We do have whole streets that have maybe one or two houses left on them, and the rest are just slabs,” said Kharley Smith, emergency management coordinator.

More than 1,000 more homes were damaged, and waters washed two main bridges away in Hays.

Thunderstorms could dump 1 to 3 more inches of rain there Monday — 5 inches in isolated areas, the weather service said.

While flood warnings and watches were winding down in most places overnight, a new flood watch loomed from Monday into early Tuesday for Hays County.

One person was confirmed dead in San Marcos, and bad weather hindered the search for missing people Sunday. Rescuers used helicopters to heave stranded residents off the rooftops of buildings surrounded by flood lakes, where normally fields stand.

The Blanco River, which flows through San Marcos, shot past its previous flood record of 33.3 feet to 40.21 feet late Saturday.

Hours earlier, it ran just over 5 feet deep, according to weather service data. Fortunately, its floodwaters should make a rapid retreat.

Nearly 200 miles northeast of Hays County, near Houston, an area of about 400 homes around Louis Creek Dam is under mandatory evacuation. The dam has not breached, but workers continue to pack soil on it.

On Saturday, a woman in Tulsa died after her car hydroplaned. In the nearby town of Claremore, a firefighter got swept into a storm drain while attempting a high-water rescue Sunday.

There, water levels in creeks usually waste-deep raged up two dozen feet or more over the weekend. Markers signifying moderate to major river flooding dotted the weather map, particularly along the border with Texas.

The weekend deluges caused Oklahoma City to break its all-time rainfall record for any single month. But much of Oklahoma got a rain break Sunday. Fog wafted through Tulsa, and on Monday, there was a chance of thunderstorms there.

A flood watch is on from the southern Plains to the Gulf of Mexico. The heavier rains are moving east, where they are sending some rivers and creeks over their banks.