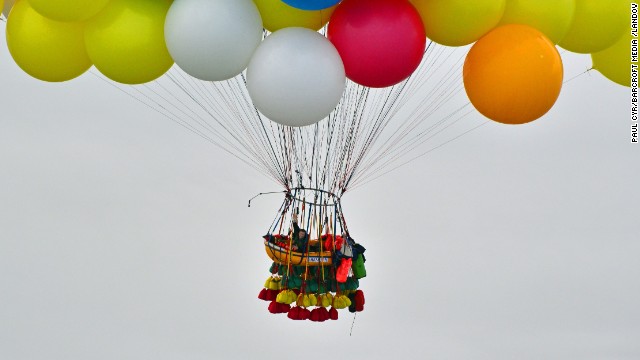 Jonathan Trappe, the American who aimed to cross the Atlantic Ocean suspended from 370 helium-filled balloons, has aborted his mission just 12 hours and about 470 miles into the journey, his Facebook page says.

The 39-year-old IT project manager from Raleigh, North Carolina, was forced to make an early landing in a remote part of Newfoundland, Canada, because of a technical issue.

“Hmm, this doesn’t look like France,” Trappe posted to his Facebook page late Thursday, along with the coordinates of his landing. 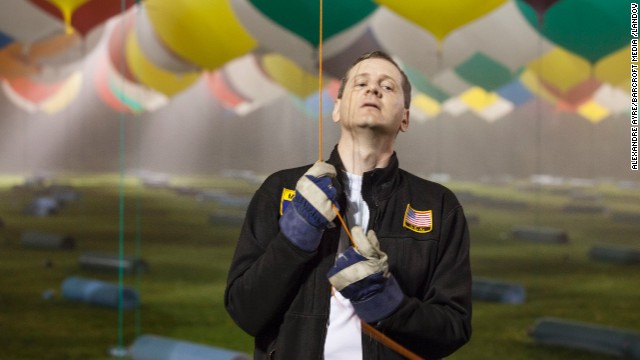 Via his messaging system, Trappe spoke to Barcroft Media, a British company he partnered with. He said he feared he might die as he attempted to crash-land his balloon contraption.

“Honestly did not know if I would survive that landing!” Trappe said of touching down in pitch darkness near Blow Me Down Provincial Park in the wilderness of Newfoundland.

Trappe said he would stay the night at his landing site before grabbing what gear he could — including footage he took of the shorter-than-planned trip — and making his way home.

Canadian teams have begun searching the forest where Trappe crash-landed. If the patrol is unsuccessful, Trappe, who has confirmed he is safe and well on Facebook, is prepared to spend another night in the mountainous region, which is populated by black bears and moose, said Sgt. Richard White of the Royal Canadian Mounted Police.

If the teams can’t find him, or if he can’t get a commercial team to extract him, he plans to make his way out of the mountainous forest on foot and head to a local community.

Fans followed the adventurer’s movements on a website that showed his longitude and latitude along the journey via a satellite tracker he took with him.

Trappe took off from Caribou, Maine, early Thursday with 370 balloons. 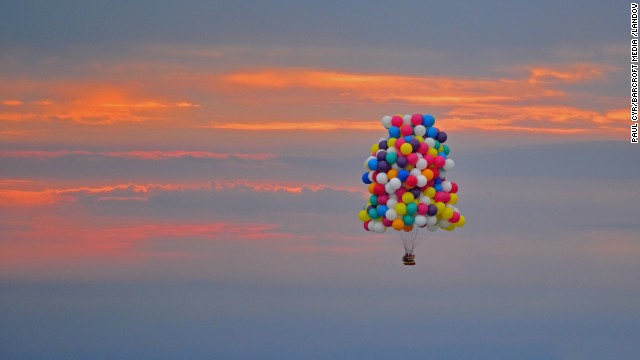 “Nobody has ever made a flight like this, using only small helium balloons — in manned flight — across the ocean,” Trappe wrote on his website, clusterballoon.com, after the style of ballooning used in his attempt to across the Atlantic.

In 2010, he was the first person to cross the English Channel using a balloon cluster.

Five people have died trying to cross the Atlantic with balloons. Trappe spent two years preparing for the transatlantic flight, and his trip to Europe was supposed to take about a week. 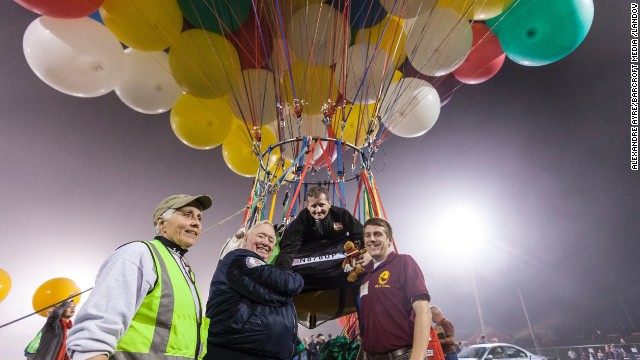 “While disappointing that he had to cut his quest across the Atlantic short, I know Jonathan thanks everyone for their support and encouragement,” said Trappe’s friend, Kevin Knapp, who monitored the trip from a command center on the ground.