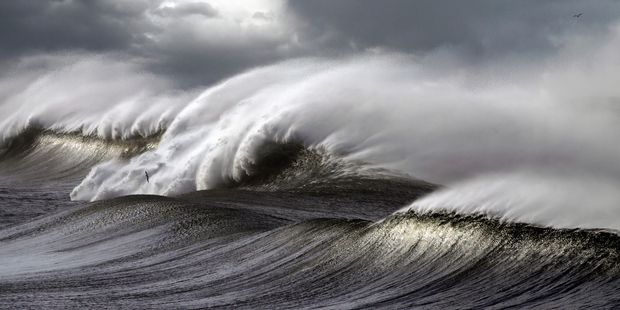 A New Zealand storm has been blamed for monster waves smashing California today.

A high-surf warning was in place in California with more big waves expected to hit the state today.

Individual waves could be more than twice the “significant wave height,” the National Weather Service warned.

A big storm near New Zealand late last week and early last weekend was to blame.

“Once those waves are created, they keep travelling until they reach land,” David Sweet, a weather service meteorologist told the Los Angeles Times.

“So we can thank our friends Down Under.”