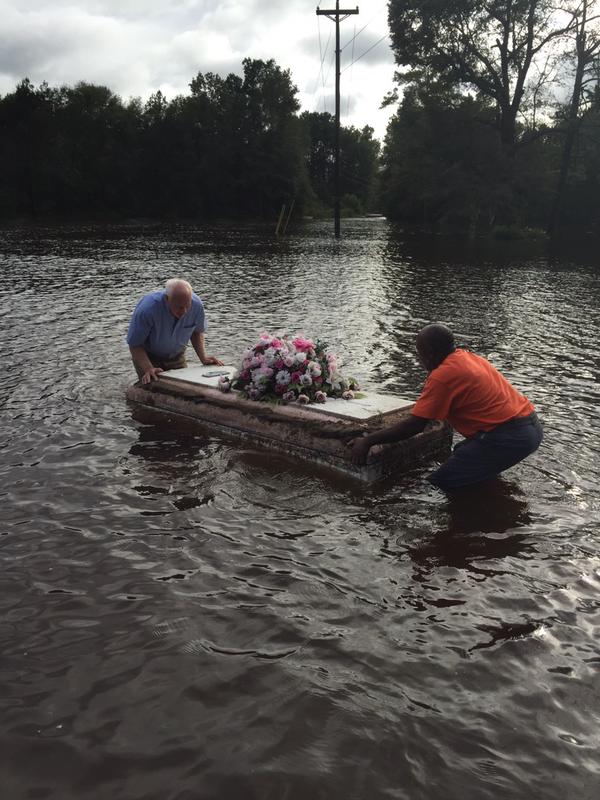 Just In – The rain may have stopped, but South Carolina is grappling with a host of new concerns: Dam breaks. Billions of dollars in damage. And rivers that still haven’t crested yet.

Here’s the latest on the mammoth flooding tormenting the region:

One failure, of the Overcreek dam in Richland County’s Forest Acres, sent a torrent of floodwater raging downstream and forced evacuations near Columbia.

Officials allowed water to breach at least one other dam, also in Richland County. Officials conduct these controlled breaches “to prevent a much larger incident and a much larger amount of water escaping from the dam,” emergency management spokesman Derrec Becker said.

This was the scene an hour ago as a SC pastor pushed an unearthed casket out of the flood waters @WCBD pic.twitter.com/qLVe3q4i5l

So far, at least 13 people have died in weather-related incidents: 11 in South Carolina and two in North Carolina.