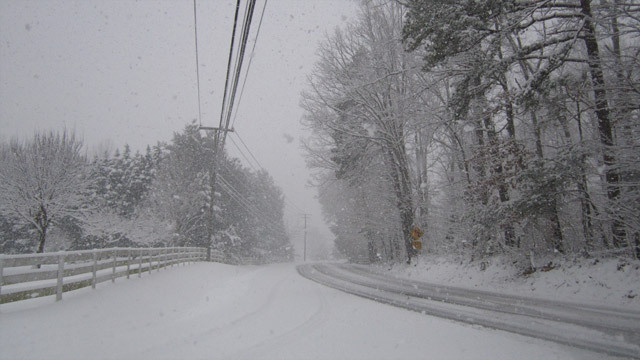 Thousands of people in parts of the northern United States and southeastern Canada endured at least their fourth consecutive day without electricity Thursday because of ice-related outages, and power companies warned some still might not have power until at least the weekend.

More than 232,000 customers were without power in below-freezing temperatures Thursday in parts of Michigan, Ontario, Quebec, New Brunswick, and northern New England. Storms that began hitting Michigan on Saturday and moved through New England early this week knocked down trees and power lines, leaving hundreds of thousands in the dark.

Of the casualties, 14 were in the United States, according to various emergency management officials. The majority died of carbon monoxide poisoning, the officials said.

In areas near Toronto, where officials said the storm was one of the worst to hit the city, more than 54,000 were without power Thursday. While that’s down from 300,000 at the peak, utility officials there declined to estimate when the last outages would be fixed.

“It’s taking long because we haven’t seen a storm like this in our history,” Toronto Hydro spokeswoman Tanya Bruckmueller told CNN affiliate CBC News. “The amount of damage to both our equipment due to the trees coming down is slowing us down, as well as this morning we’ve got snow coming, which is much heavier on the branches and is now covering a lot of what we need to be repairing.”

Toronto resident Vic Baniuk told CBC on Thursday that his family hasn’t had power for five days, and they were using a fireplace and a cast-iron stove to stay warm.

“We’re sitting in the dark and cold, and I feel that everybody has ignored us,” he told CBC.

“This is not an inconvenience. This is an emergency, a disaster,” CBC reported Baniuk said.

Light snow might fall Thursday night and Friday morning in Toronto, where the temperature was -2 C (28 F) around 3 p.m. The temperature isn’t expected to get above freezing until Saturday, with a high of 3 C (37 F) possible.

Another 16,000 people were without power Thursday elsewhere in southern Ontario; 20,500 had no electricity in the Canadian province of New Brunswick, and another 8,900 still had outages in Quebec province, utility companies said.

The Hyrdo-Quebec utility estimated that about 2,000 of its customers in Quebec, mostly in rural areas, would not get power back until Friday (Saturday NZ Time)