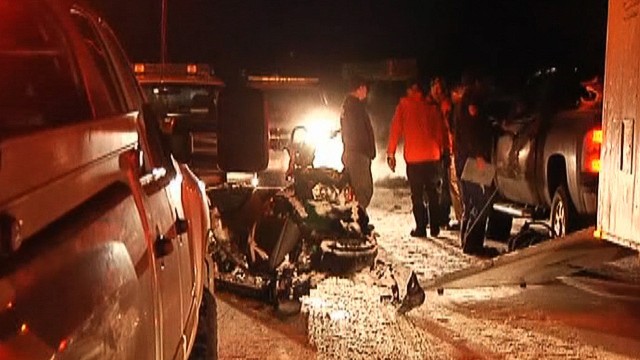 A man snowmobiling in Montana died when an avalanche buried him near Big Sky resort, authorities said.

Rescue crews were called to the scene after the incident Wednesday afternoon.

The man in his 40s was in a group of three snowmobile drivers who triggered the avalanche, said Sheriff Brian Gootkin of Gallatin County. The others suffered minor injuries.

The county was under an avalanche warning after 8 inches of snow that was preceded by rain Tuesday evening.

“It was not a good recipe,” Gootkin said.

Authorities suspended recovery efforts for the night and will send a helicopter Thursday morning to retrieve the body. The man’s name has not been released.