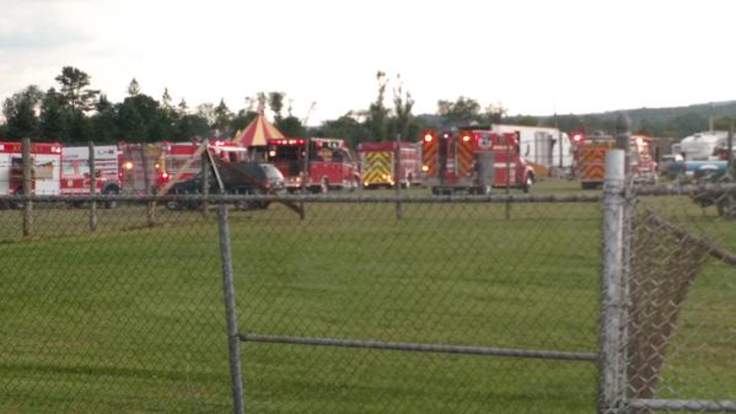 A circus tent has collapsed in a severe storm at a fairground in New Hampshire, killing at least two people and injuring many others.

The accident happened on Monday evening at the Lancaster fairgrounds, about 90 miles north of the state capital in Concord.

A Lancaster police dispatcher said the tent collapsed during a circus performance, killing a young man and girl.

Reports said as many as 250 people may have been inside and at least 22 were hurt.

The National Weather Service had issued a severe thunderstorm watch for the area during the time of the collapse.

State Fire Marshal William Degnan said the identities of the victims, both spectators, wouldn’t be released until their families were notified.