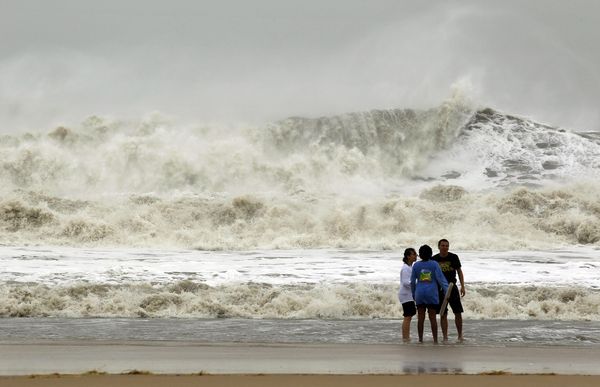 Americans have been warned  to brace for an extremely active hurricane season – less than a year after the devastation of Sandy, which hit the east coast in October 2012 – with 13 to 20 named storms, including seven to 11 hurricanes.

The National Oceanic and Atmospheric Administration, releasing its annual forecast, said 2013 would be prolific in raising storms out of the Atlantic and Caribbean. Of the predicted hurricanes, Noaa predicted that three to six could be major hurricanes, rated category three and packing winds of 180kph or higher.

This forecast is well above the average of 12 named storms, eight hurricanes and three major hurricanes. Administration officials also warned that the impacts of those storms – as with Sandy and Irene in 2011 – could be felt in areas far beyond those typically associated with hurricanes and tropical storms.

Sandy killed scores as it made its way across the Caribbean to the north-east US. While it was only a category two storm when it made landfall near Atlantic City in New Jersey, Sandy caused more than $75bn in damage. Lower Manhattan was knocked off the electrical grid for days because of storm surges and coastal communities have yet to recover.

“As we saw first-hand with Sandy, it’s important to remember that tropical storm and hurricane impacts are not limited to the coastline. Strong winds, torrential rain, flooding, and tornadoes often threaten inland areas far from where the storm first makes landfall,” said Kathryn Sullivan, the acting Noaa administrator.

Noaa scientists said there were three main causes behind the forecast of an extremely active season. They included a continuation of an atmospheric climate pattern, which includes a strong west African monsoon, that has been contributing to high activity during Atlantic hurricane season since the 1990s. Warmer ocean temperatures in the Atlantic and Caribbean oceans, where many storms originate, are also making for stronger storms. Officials said temperatures were on average about 0.8 of one degree fahrenheit above average.

El Niño, which can inhibit storm systems, was not expected to develop during this year’s hurricane season. The season runs from 1 June to 1 November.

“There are no mitigating factors that we can see that will suppress the activity,” said Gerry Bell, Noaa’s lead Atlantic hurricane forecaster. “The computer models all point to an active, or very active, hurricane season.”

Theforecast was released recently at a time when Republicans in Congress are sharply scrutinising Noaa’s role in forecasting. Earlier in the day, a house committee held a hearing to discuss privatising some of the forecasting functions that are overseen by the premier scientific agency. There has also been criticism of Noaa’s messaging in advance of Hurricane Sandy, and whether its decision to officially downgrade the storm when it made landfall in New Jersey induced a false sense of security among some coastal communities.

Noaa officials, in unveiling their 2013 forecast, noted improvements to computer models that would allow better far-range prediction of storms. New Doppler radar data, to be introduced in July, will allow forecasters to better analyse rapidly changing storm conditions, officials said. However, the officials said it was impossible at this juncture to predict which coastal communities along the Atlantic coast are most likely to be hit this year.

But officials said repeatedly that residents the length of the coast – and beyond – needed to prepare in advance, in order to be able to ride out storms in their homes or, if needed, have an exit plan in place. Such preparations should include putting aside a 72-hour supply of food and water at home, or having an evacuation plan in case of storm damage or flooding.

“This is a very dangerous hurricane season,” said Joe Nimmich, who directs disaster response and recovery for the Federal Emergency Management Agency. “If you are not prepared you may become one of the statistics we don’t care to have.”