US – Spring expected to be warmer than normal 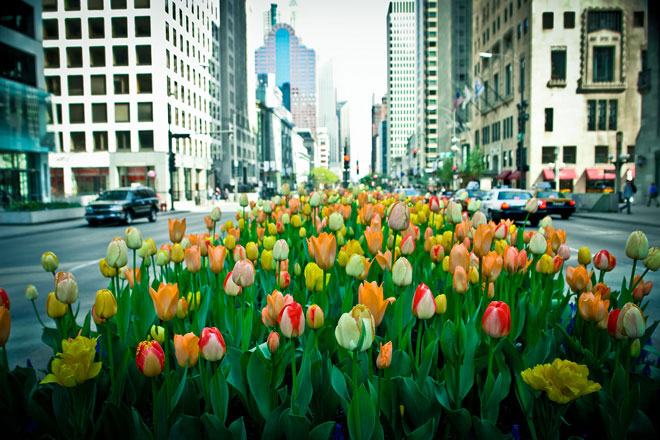 The National Weather Service in the US this week released its forecast for the country for the next three months.

Although it’s still chilly throughout much of the country at the moment, Spring will soon turn up the heat.

The majority of the United States will experience above-average temperatures over the next three months, said Laura Furgione, deputy director for the National Weather Service (NWS).
Her remarks came during the National Oceanographic and Atmospheric Administration’s spring climate outlook briefing Thursday morning.

Drought is also expected to continue or worsen in much of the Southwest and central plains, Furgione said during the briefing. About 51 percent of the country is in moderate or worse drought, she added.

“We expect it to be drier than normal in much of the West, Rockies and Southwest, including Texas, which is unfortunate since we’re looking at continued drought there,” Furgione said.
At the same time, flooding is likely in various regions, with the most severe possibilities occurring in North Dakota along the Red River, she said. The upper and middle Mississippi River valley could see some flooding, worsened by melting of late season snow, she said.
“This spring’s outlook is a mixed bag of drought, flooding and warm weather,” Furgione said.

The spring equinox, the official start to the season, happened this week on Wednesday

One factor in the season’s outlook is the currently neutral El Niño-La Niña climate cycle. “It’s about as neutral as I’ve ever seen it,” said Ed O’Lenicof the NWS’ Climate Prediction Center.

What the climate outlook means for this spring’s tornado season is hard to say.
“Neutral conditions tend to favor slightly above-normal severe weather in the Midwest and South, but that becomes weaker as we move toward April and May,” added Greg Carbin, a meteorologist with the NWS’ Storm Prediction Center, in a separate interview.
There has been a slightly above-average number of tornadoes so far this year, although that’s not likely to continue over the next two weeks because of cold conditions — which don’t favor twisters — throughout much of the Midwest and East, Carbin said.

Beyond two weeks, however, it’s very difficult to tell whether there are likely to be above- or below-average number of tornadoes. “It’s not something the science is capable of giving us,” Carbin told OurAmazingPlanet.
However, it’s “a given” there will be more tornadoes in April and May, because that’s when there are more tornadoes on average, he said.
But the past is a poor indicator when it comes to tornadoes. Last year the tornado season was unusually active early in the year, before trailing off through the spring and summer; by year’s end, there were fewer tornadoes than ever on record, Carbin said. This stood in contrast to the previous spring, which was a record-setting year for tornadoes and the deaths and damage they caused.

The continuing drought and likelihood of increasing temperatures could create fire hazards in the Southwest. Oklahoma has already seen wildfires break out, Furgione said.
Dry conditions in Florida also have led to fires, according to the National Interagency Fire Centre.