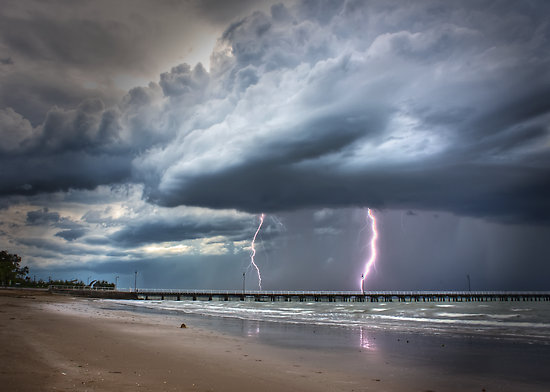 Long-range forecasters are predicting an active severe storm season during spring of 2013.

“People can’t let their guard down,” Expert Senior Meteorologist Dan Kottlowski said. “It looks like everybody is going to be vulnerable to severe weather this year from the Gulf of Mexico early in the season up to the Midwest by late in the spring and early summer.”

Storm Threats and Areas of Concern

Long-Range Forecaster Paul Pastelok is forecasting more severe storm events with damaging wind and hail to start the season.
“The Deep South is going to be under the gun during the rest of March through April,” Kottlowski said.
Water temperatures are below normal in the Gulf of Mexico and that means less low-level moisture supply for the Deep South. Moisture-rich air is essential in the development of severe storms. However, Pastelok said that when a storm system is strong enough, it can compensate for the lack of moisture.
“We have seen a couple events already, and I think there are a couple events coming in the next few weeks,” Pastelok said.

The ingredients may come together for more violent outbreaks of severe storms and tornadoes during late April and May. As water temperatures increase in the Gulf of Mexico and more humid air reaches the South, other factors will also be coming together.

The clashing of warm and cool air is another key ingredient for severe weather, since it produces instability and thunderstorms. Rotating severe storms and tornadoes require rapidly changing wind speed or direction with height to help create a twisting motion in the atmosphere.

The jet stream has been plunging far to the south across the U.S. recently, and it may take its time retreating to the north this spring. The transition time where the jet is slowly shifting northward during late April and May can set the stage for the worst outbreaks of the year, since the winds will change rapidly with height.
“The quickness at which severe weather parameters come together is what usually determines how bad a severe weather outbreak is,” Kottlowski said.

During the heart of the severe season, when the threat of tornadoes should be highest, an area to watch will be the lower Mississippi and Tennessee valleys. Little Rock, Memphis and Nashville are among the cities that lie in the zone of greatest risk this year.
Overall, the number of tornadoes is expected to be close to normal* in 2013.

*- The 10-year estimated average number of tornadoes to hit the U.S annually is 1,300. However, the actual annual average is not known due to observing and reporting methods that have changed drastically over time.

Comparison to Last Year
This year is expected to be a more active severe weather year than 2012 when only 939 tornadoes occurred, according to the Storm Prediction Centre.