US – Sandy fund not all spent 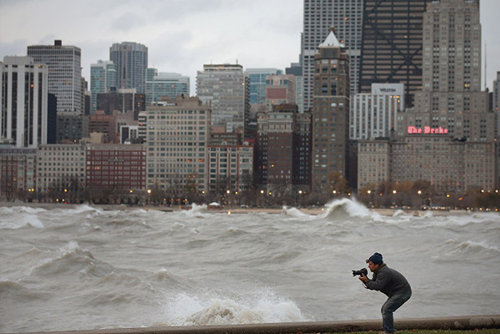 Seven months after superstorm Sandy, the Red Cross still hasn’t spent more than a third of the $303m it raised to assist victims of the storm, a strategy the organization says will help address needs that weren’t immediately apparent in the disaster’s wake.

Some disaster relief experts say that’s smart planning. But others question whether the Red Cross, an organization best known for rushing into disasters to distribute food and get people into shelter, should have acted with more urgency in the weeks after the storm and left long-haul recovery tasks to someone else.

“The Red Cross has never been a recovery operation. Their responsibility has always been mass care,” said Ben Smilowitz, executive director of the Disaster Accountability Project, a non-profit group that monitors aid groups. “Stick with what you’re good at.”

Storm victims could have used more help this past winter, said Kathleen McCarthy, director of the Center for the Study of Philanthropy and Civil Society at the City University of New York.

“People were cold. Homes mildewed. There wasn’t enough decent housing,” she said. “Given the lingering despair, it’s hard to understand the argument that ‘We are setting that money aside.'”

As Americans open their wallets to assist tornado victims in Oklahoma, the Red Cross is again emerging as one of the most important relief organizations on the ground and also one of the most prodigious fundraisers for victims. As of Thursday, it had raised approximately $15m in donations and pledges for the tornado response, including a $1m gift from NBA star Kevin Durant and numerous $10 donations, pledged via text.

The Red Cross was also the No 1 recipient of donations after Sandy. The organization said it still had $110m remaining from its pool of storm donations as of mid-April, which were the most recent figures available.

Red Cross officials pledged that all the money in its Sandy fund will eventually be spent on the storm recovery and not diverted to other disasters or used to support general Red Cross operations.

Over the next few months, the Red Cross expects to spend as much as $27m of its remaining Sandy donations on a program providing “move-in assistance” grants of up to $10,000 to families displaced by the storm. About 2,000 households have been assisted by the program so far, with an additional 4,000 waiting for an eligibility determination.

Part of the delay in spending, officials said, is to wait to see how the hardest-hit states allocate a $60bn pot of federal relief dollars and address gaps in the government aid package.

“We are waiting to see where the greatest need is going to be over time,” said Josh Lockwood, CEO of the Red Cross Greater New York Region. “We are more concerned with spending our resources wisely rather than quickly.”

Much of the toughest and most expensive relief work after a natural disaster comes not during the initial months but during the long-term rebuilding phase after the public’s attention has waned and new donations have stopped flowing, said Patrick Rooney, associate dean at the Indiana University Lilly Family School of Philanthropy.

“It would be splashier, perhaps, to spend the money right away while the media is still there and the donors are still looking,” he said. “But the important needs, from the cost perspective and the recipient perspective, take place after the headlines are gone and after the cameras are gone.”

Red Cross officials noted that a year after a tornado killed 158 people in Joplin, Missouri, it found itself providing a new round of mental health services to survivors. The cholera epidemic that killed thousands of people following a massive earthquake in Haiti, where the Red Cross was also criticized for not spending donations faster, also didn’t start until nearly a year after the disaster.

The Red Cross says it is planning substantial grants to other non-profit groups doing Sandy recovery work and is doing much of its current work in conjunction with charitable partners with local ties.

Red Cross volunteers working in conjunction with the organizing group New York Cares are going out several days a week to muck and clean flooded homes and remove mold. Red Cross staff and caseworkers have been holding “unmet needs roundtables” in hard-hit communities, trying to identify victims not covered by traditional aid programs.

“Our experience shows that as the recovery goes on, the needs of survivors will evolve,” said Roger Lowe, Red Cross senior vice-president. “It’s important to make sure some money is available for those needs no one can predict right now.”

Other organizations that raised large sums for the relief effort have also held back money while they evaluated the wisest way to spend it.

The Hurricane Sandy New Jersey Relief Fund, led by Mary Pat Christie, the wife of New Jersey governor Chris Christie, raised $32m after the storm but didn’t begin awarding grants on a large scale until April. So far, it has given about $11m, with the biggest grants going to local organizations building or repairing housing.

The United Way, which raised $9.7m in a Sandy recovery fund for New York, New Jersey, Connecticut and some parts of Pennsylvania, said it has spent about $4m of that total to date, though another $2.5m is set to go out soon.

“We always knew, from the very beginning, that our fund and our resources would be for longer-term strategies,” said United Way of New York City president Sheena Wright. “We feel good about the timeframe.”

That strategy of holding some cash to spend later contrasts with the approach taken by the Robin Hood Foundation, which was in charge of distributing more than $70m raised by a December 12 benefit concert by Bruce Springsteen, The Rolling Stones and other music royalty.

That fund was depleted entirely by April, with grants given to 400 relief organizations ranging from food banks to legal services to volunteer rebuilding groups.

Robin Hood spokeswoman Patty Smith said the foundation moved as fast as it could because it believed that delays in government aid were leaving big gaps in services.