US – Quiet in tornado alley…so far 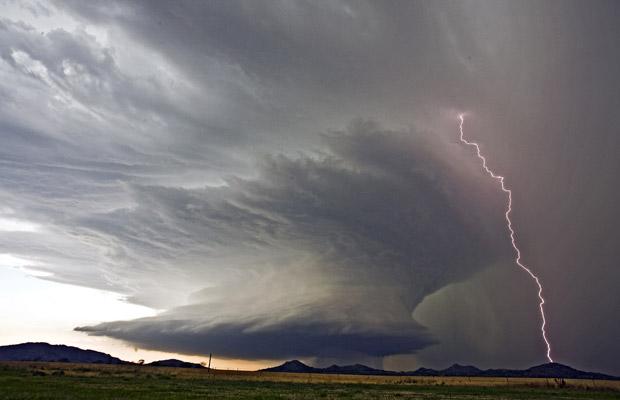 May is a month typically known for warm weather and tornadoes in Oklahoma but this year has been very different, at least so far.

The first week of May, in Oklahoma City, the average monthly temperature, which combines the high and low, was 14 degrees celcius, roughly 3-4 degrees below average.
Last year, the first week had an average temperature of 24 degrees, about 6 degrees above average.

Moisture and warm weather at the surface fuel storms and are prime reasons for May being the peak of tornado season.

But so far, it’s been quiet. This first week in May, Oklahoma has had no tornado reports. In 2012 there were also none.

However, in the U.S. in the first week of May there have been two in the nation compared to 43 at this point last year.

Looking at years past, there were no tornado reports within the first week of May in both 2011 and 2010, according to the National Weather Service. However, May 2011 ended with 46 tornado reports and 91 in 2010.

It shows that even with a slow start to May things can ramp up rather quickly. The weather pattern this week looks at a chance of hail, wind and an isolated tornado threat.