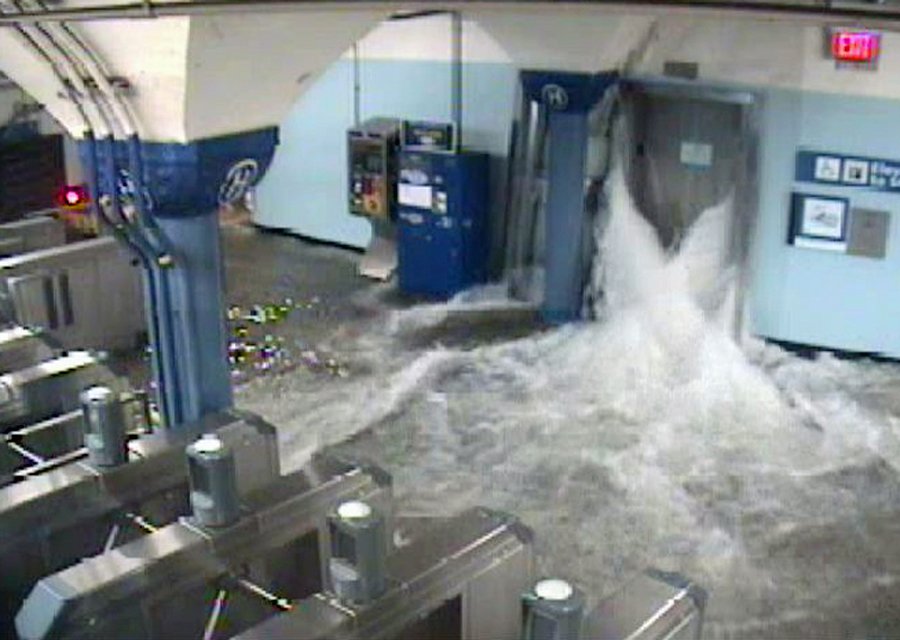 The projections paint an unsettling picture of New York’s future: a city where by the 2050s, 800,000 people could be living in a flood zone that would cover a quarter of the land, and there could be as many 32 degree days as is now normal for Birmingham, Alabama.

Facing those new projections of the effects of global warming on the States biggest city, Mayor Michael Bloomberg talked this week about what to do about risks that Superstorm Sandy brought into stark relief.

“We have to look ahead and anticipate any and all future threats, not only from hurricanes and other coastal storms but also from droughts, heavy downpours and heat waves — many of which are likely to be longer and more intense in the years to come”.

Bloomberg said last winter the study would examine the pros and cons of building berms, dunes, levees and other coast-protection structures. But he has historically been cool to the idea of massive sea walls — and emphatic about not suggesting that people retreat from coastal communities.

The recommendations will draw from updated predictions from the New York City Panel on Climate Change, a scientists’ group convened by the city.

The average day could be two degrees to nearly four degrees hotter by mid-century, the panel estimates in data Pinsky and Holloway discussed Monday. A once-in-a-century storm would likely spur a surge two metres more than did Sandy, which sent a record 5 metre storm tide gushing into lower Manhattan.

And with local waters nearly a metre higher than they are today, eight per cent of the city’s coastline could see flooding just from high tides, the group estimates. Most of that coast is in a relatively undeveloped area near a bay.

Timeframe changing
City Hall, the state government and others have released warnings over the years about climate risks. The city has required some new developments in flood zones to be elevated and has restored wetlands as natural barriers, among other steps.

“Sandy, obviously, increased the urgency of dealing with this and the need to plan and start to take concrete steps,” Holloway said.

The new projections echo 2009 estimates from the climate change panel, but the timeframe for some upper-end possibilities has moved up from the 2080s to mid-century.

“The overall numbers are similar, but we have more compelling evidence now that (a more severe scenario from 2009) is looking like a more realistic possibility now,” due to improved computer models and more evidence that some ice sheets are melting, said Radley Horton, a climate scientist with Columbia University’s Earth Institute and a researcher with the city climate panel.

FEMA revises flood maps
Scientists have reached a consensus on global warming but still debate how severe the effects will be.

Meanwhile, the Federal Emergency Management Agency released revisions earlier this week to proposed new flood zone maps for the city. About 218,000 people and 35,000 buildings are in the current once-in-100-year flood zone, drawn in the 1980s. The new maps roughly double those numbers, though the revision shifts about 5,800 structures from a subset called the V zone — the area expected to suffer the worst damage — to a less stringent zone.

A roughly two-year review is expected before new maps become official. They can affect building regulations and insurance.