US: Historic May snowstorm 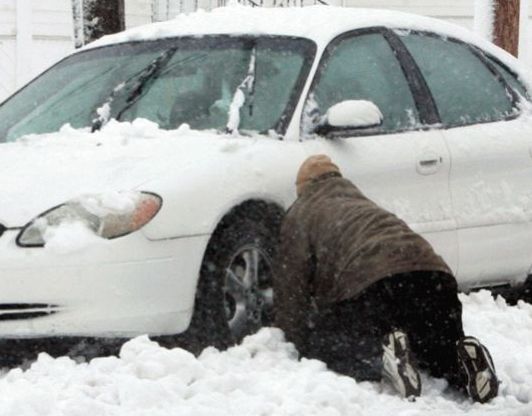 In the United States, May is supposed to be full of flowers and showers.

But this year, winter refuses to let go.

A record-breaking and historic May snowstorm shut down roads and closed down schools in the mid-western United States on Thursday and Friday.  Up to 40 cm of snow piled up on parts of south-eastern Minnesota.

But May snowfall is so unusual, that even a small amount can set records.  The Minnesota twin cities of Minneapolis and St. Paul recorded just a half inch (1.27cm) of snow on Friday.  That makes this May the 8th snowiest on record for that metropolitan area.  It has been 37 years since the Twin Cities had a measurable snowfall in May.

Just to the south of the Twin Cities is Rochester, Minnesota.  Home of the world-famous Mayo Clinic.  They received 38.8 cm of snow from this storm.  Their previous record?  A 5 cm snowfall set back in 1944.

On the other side of the country, this storm brought an amazing temperature change to the north Texas city of Amarillo.  On Thursday, they set a record high of 36 C.  A little more than 24 hours later, the temperature bottomed out at 0 C and they even saw a little snow.

The storm is now expected to wind down as it heads east.