Home > News > US braces for another devastating tornad...

US braces for another devastating tornado outbreak 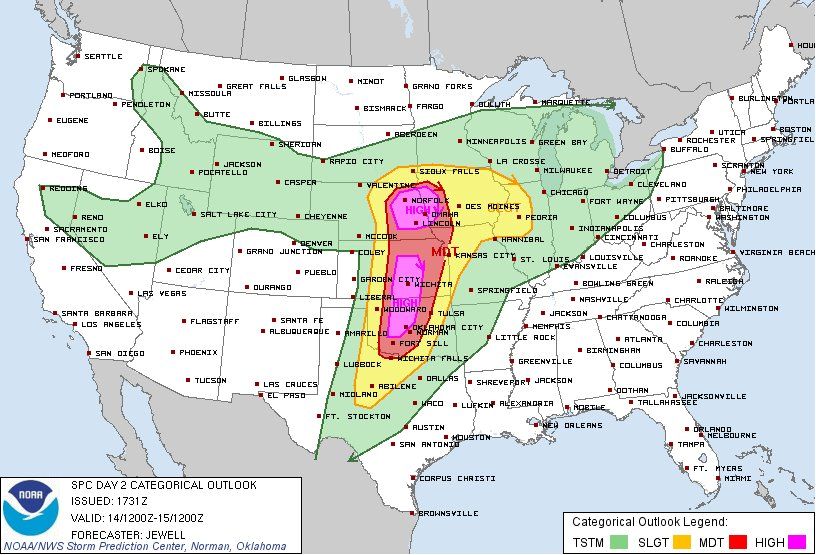 This is almost becoming the rule rather than the exception.

Another massive tornado outbreak is possible about the central sections of the US, beginning during the mid-afternoon hours tomorrow and lasting into tomorrow night (Sunday morning and afternoon here in New Zealand).

There is still some uncertainty as to the coverage of the tornado producing thunderstorms.  But it is very likely that the storms that do occur could produce very damaging, long-track tornadoes.  Adding to that is the fact that the tornado threat will continue well past local sunset.  According to one US National Weather Service meteorologist, studies have shown that tornadoes after dark significantly increase the potential for loss of life.

So, who is most at risk for this outbreak?  The greatest risk is right in the middle of the 48-state mainland.  Cities like Omaha, Nebraska…Wichita, Kansas…and Oklahoma City, Oklahoma. 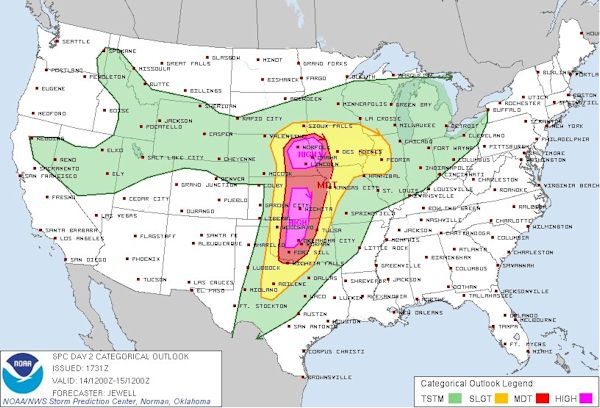 This event will also be one where the National Weather Service will be using enhanced wording in their warnings.  These warnings may mention things like “catastrophic damage” if the storms look like they could produce such damage.  We’ve seen that happen several times over the last two years.  Twice already this year.

The tornado season for the US generally peaks in May or June, depending on how far north you are.  It’s only mid-April.