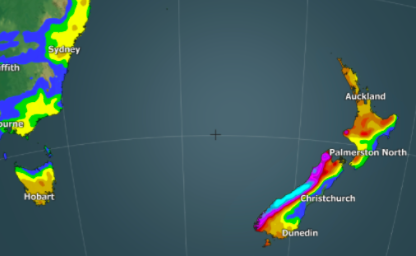 Both New Zealand and Australia will have mostly sunny weather on Thursday but conditions are going downhill in Aotearoa as a front and low moves in for Friday and the weekend.

Gusty conditions are expected over the Southern Ocean due to the developing low and this will also brush parts of New Zealand in the coming days.

Rainfall wise and over 150mm of rain is forecast around the mountains of the South Island’s West Coast. Localised flooding and slips are possible over the next few days so keep up to date with roading conditions via NZTA.

Meanwhile it’s colder over in Australia – snow will fall at higher elevations in Tasmania overnight, quite a contrast to the late 20s being recorded in parts of the lower South Island recently.

Rain will become heavier in some parts of New Zealand on Saturday while the deepening trough is passing over.

In Auckland this weekend rainfall is very hard to lock in – it appears there will be isolated showers which have the potential to grow/expand on Saturday afternoon. A tricky forecast to lock in for the upper North Island so check back for updates. 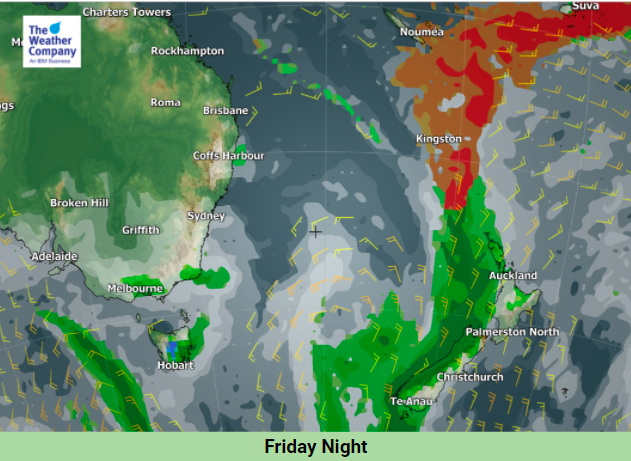 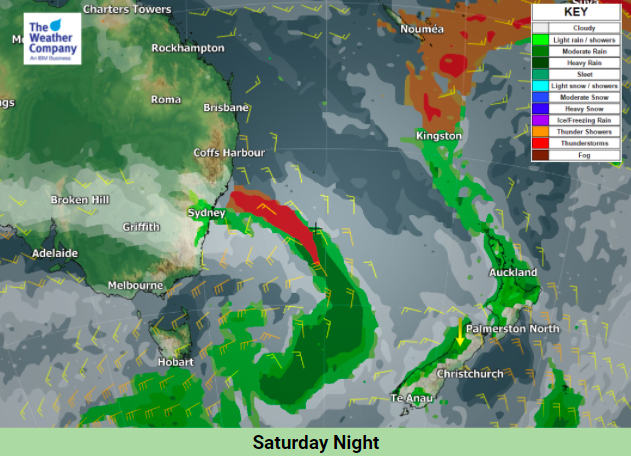 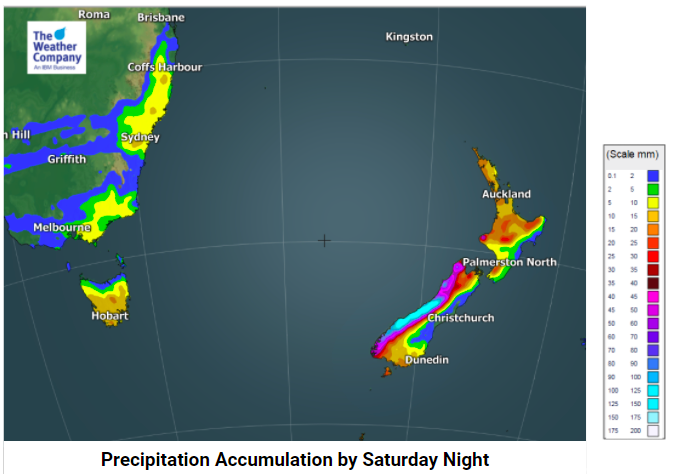