Unseasonably warm and wet in Victoria 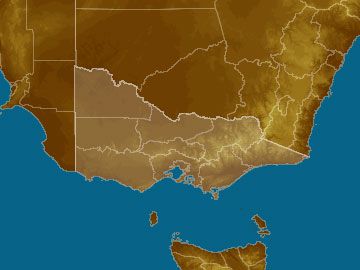 Areas of Victoria experienced a record warm night for July as cloud and rain pushed over the state.

Northerly winds persisted through the night, dragging warm air from the interior into Victoria. This warm air was then trapped under a thick blanket of cloud that built over the state on Saturday. Most areas over central and western Victoria remained 5 to 10 degrees above average overnight.

Around Melbourne, Essendon had its warmest July night since 1966, only falling to 11.7 degrees. The city recorded a minimum temperature of just 10.8 degrees, which felt significantly warmer than the three degree minimums experienced earlier in the week.

The rain developed in Melbourne on Saturday afternoon and persisted through the night. The city gained 16mm to 9am this morning, its largest total in a month.

The rain band is pushing east over the state today, leaving only isolated showers in its wake. There will be a few clear and warm days before the next front arrives later in the week, bringing more rain with strong winds.