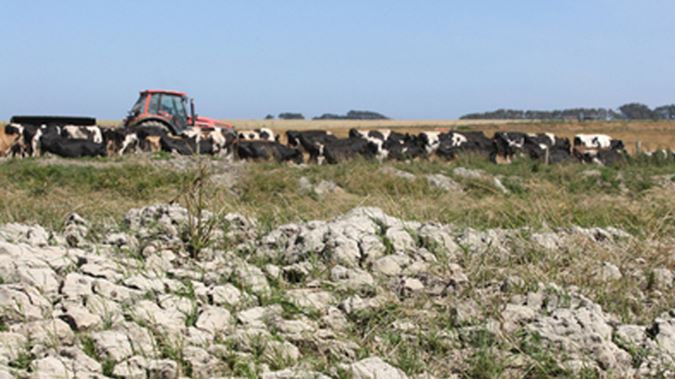 North Canterbury is in the midst of an unprecedented “drought on a drought”.

The region’s been dealing with below average soil moisture for over a year, and the El Nino summer is unlikely to bring any respite.

Rural Support Trust chairman Doug Archbold said the most important thing farmers can do is spend time away from the farm.

“Realise that there is a life off the farm, it’s really good for the children as well to get away from the farm and have a bit of fun.”

The Ministry for Primary Industries is considering whether to extend the drought declaration in bone dry North Canterbury.

The classification is in place until February, but it’s likely farmers will require assistance for longer.

A spokesperson for MPI said the South Island and the North Canterbury Drought Committees are in close touch with the Minister and are keeping him up to date.

“Silver Fern at the moment – their lamb kill is 30% ahead of what it was this time last year. That just shows they’ve been aggressive with that, they’ve de-stocked while they could.”

Dan Hodgen said it’s too hard to say whether this summer will be worse than last year, but at the moment things are about the same.

And temps approaching 40C the other day won’t have helped.  But there was about 10mm of rain for some areas yesterday.