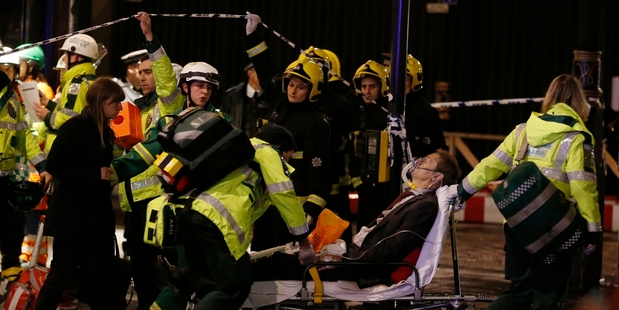 Heavy rainfall may have played a part in the ceiling collapse at London’s Apollo Theatre that injured 79 people.

It has emerged the owner of the playhouse had previously said London’s theatre buildings had suffered years of benign neglect and had poorly maintained roofs. The warning had come from Nica Burns, co-owner of Nimax, which owns the Apollo in Shaftesbury Ave and five other theatres in central London.

The collapse on Thursday at the 112-year-old venue sent 10sq m of ornate plasterwork and masonry falling on the audience. Reports suggested water had been dripping through cracks in the theatre’s ceiling. There had been heavy rain and thunder in the area that may have weakened the structure. Forecasters said almost 15 per cent of the average monthly rainfall for one area in December fell in one hour.

London Ambulance Service confirmed 79 people had been injured, and 56 were taken to hospital, nine with serious injuries. A spokesman for Nimax announced an investigation was under way.

Ms Burns’ comments were made in a Theatres Trust publication as Nimax unveiled a Â£2.45-million ($4.88-million) restoration programme for its six London properties involving the repair of gutters, rusting steel beams and stone copings.

Witnesses described chaos and panic as parts of the roof began to crumble around them during a performance of the National Theatre’s production of Mark Haddon’s The Curious Incident Of The Dog In The Night-time.