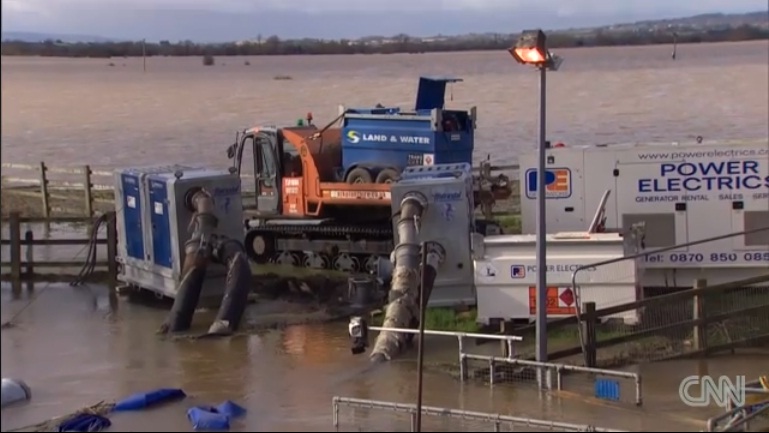 Thousands of UK homes have been left without power as 70mph winds and heavy rain continue to batter the country.

The Met Office and the Environment Agency have issued severe weather and warnings as forecasters say that there is no let up in sight to the bad weather which has blighted the country since before Christmas.

Around 54,000 homes in the South West, mainly in Devon and Cornwall, lost power on Saturday night, with 6,000 still in the dark on Sunday morning.

In Dawlish, Devon, two people had to be rescued having been trapped in a car when a sea wall collapsed and a railway platform washed away.

High winds and stormy seas have also led to further damage to a section of the 148-year-old, Grade-I listed West Pier in Brighton overnight.

Hurricane force winds have been recorded on the south coast.

In Berry Head, Devon, gusts of 91mph were recorded, whilst the Isles of Scilly recorded winds of 92mph on Saturday night.

Winds of more than 74mph are classed as Hurricane force on the Beaufort scale.

Laura Young, spokesperson for the Met Office, said: â€œWhilst flooding is bad the winds are really our issue at the moment. We are working together with the coastguards and the RNLI and we want people to stay away the coastline.