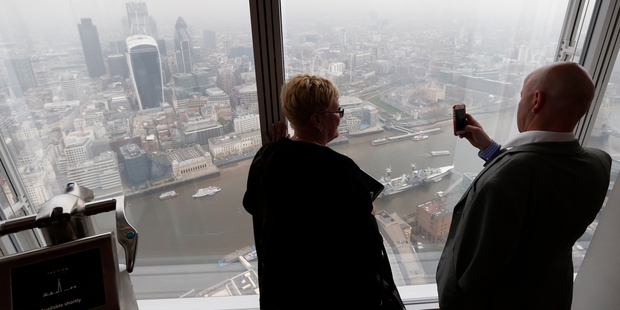 The Saharan dust storms thickening Britain’s smog and coating cars from Cornwall to Aberdeen will become increasingly strong in the coming years as a “nasty mixture” of drought, development and intensive farming in North Africa pushes up air pollution, a leading dust expert warned this week.

The rapid population growth in Western Sahel countries such as Chad, Niger, Mali and Mauritania in the past 20 to 30 years has prompted a surge in agriculture which has greatly increased the amount of dust, according to Dr Robert Bryant of Sheffield University.

He said there was every sign the trend – which has also seen cars in Devon, London and Northern Ireland covered in a fine reddish-brown dust and caused breathing difficulties in asthma and chronic bronchitis sufferers – would continue. “There has been a dramatic increase in some aspects of dust flux [emissions], which have doubled over the last 50 years.

“Population pressure alone is likely to exacerbate the problem and if current trends continue the amount could double again over the next 50 years,” said Bryant, a reader in dryland processes at the university.

Creating farmland generated dust because it often involves replacing the natural vegetation that keeps the soil in place, with a much sparser cover of crops that exposes the ground to the wind, he said.

Furthermore, as climate change increases the frequency and intensity of droughts, the amount of dust blown into the air would increase as more crops died and the soil became drier, Bryant said.

The growing population in the Sahara had also generated a huge rise in other types of pollution, such as emissions from power stations, cars and mining, he added.

“These other types of pollution get mixed up with the dust to create a nasty mixture that can include airborne diseases such as foot and mouth and the kind of extreme event that could have serious health implications for the UK,” Bryant said.

Foot and mouth disease is thought to have been caused by a cloud of infected dust blown from the Sahara.

Caroline Barrere, a retired journalist from Kensington staying in the Madeiran capital of Funchal, Portugal, said she saw a giant cloud heading towards Britain on Tuesday as she stood on the balcony of her hotel suite overlooking the sea.
“I’ve never seen a black, charcoal mushroom cloud so enormous. It was tinged orange-pink and I thought it was the end of the world. It was really thick and enormous, like Hiroshima – it was terrifying.”

In Britain, people continued to feel the impact of the elevated pollution.
The London Ambulance service reported a 14 per cent rise in calls for patients with respiratory issues as the city and much of the southeast experienced the maximum level of 10 on the air pollution index.
Mike McKevitt, head of patient services at the British Lung Foundation, said: “It would be surprising if we didn’t see an overall increase in the number of hospital admissions as a result of the pollution, certainly among people with respiratory conditions such as asthma and chronic obstructive pulmonary disease.”

Prime Minister David Cameron came under fire for seeming to dismiss this week’s smog as entirely – rather than partly – generated by Saharan sand.
“I didn’t go for my morning run this morning. I chose to do some work instead. You can feel it. But it’s a naturally occurring weather pollution problem. It sounds extraordinary, Saharan dust, but that’s what it is,” he said.

His comments were in contrast to the Department for Environment, Food and Rural Affairs said: “The high level of air pollution this week is due to a combination of local emissions, light winds, pollution from the continent and dust blown over from the Sahara.”

Labour’s environment spokes-woman Maria Eagle said: “[Cameron] is wrong to say our air quality crisis is due to just wind movement across continents. The real issue is the Government has no plan to address air pollution.”