Tuesday’s weather headlines (x3): Warming up inland, Front later in the south, Warm in the east on Friday 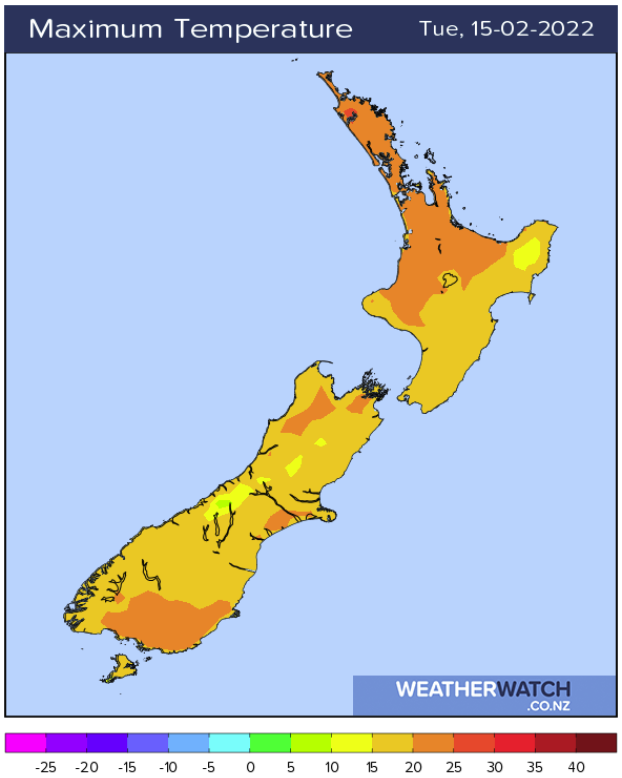 STARTING TO WARM UP INLAND

Conditions are settled around New Zealand today thanks to a high pressure system. While there is still some residual cool air from the southwesterly airflow we have just had, inland areas are bouncing back with afternoon highs getting into the mid to late twenties for inland South Island spots. Inland Bay Of Plenty, Waikato and inner Northland sees highs getting into the mid twenties.

A cold front moves onto the lower South Island later this evening / overnight bringing showers to Southland then Otago. The front moves further north on Wednesday but there is only the risk of a shower Canterbury northwards in the east.

WARM IN THE EAST ON FRIDAY

A northerly airflow lies over New Zealand on Friday with warm temperatures likely for eastern regions getting up into the late twenties, possibly at a push some spots may even reach thirty.