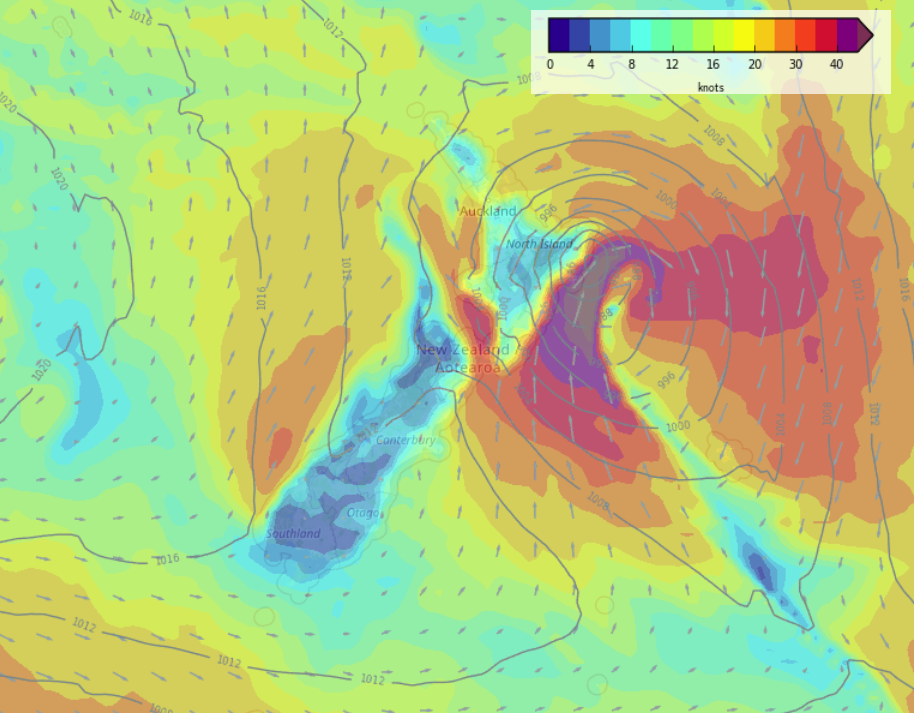 Ex Tropical Cyclone Fili is heading south towards the North Island today, it looks to be passing slightly more to the northeast, this means heavy rain and strong winds won’t be as widespread but some rough weather is definitely still on the cards.

Heavy rain and strong winds ease in the east from evening.

HEAVY SWELLS IN THE EAST ON WEDNESDAY

Apart from heavy rain and very strong winds, heavy swells are likely with Ex Tropical Cyclone Fili also. Heavy northeasterly swells develop into the second half of today for northeastern parts of the North Island (Northland across to East Cape) then tomorrow expect big swells for the eastern North Island coming in from the south as you can see in the map below.

More on the swells near you here.

MAINLY SETTLED FROM THURSDAY THEN A COLD FRONT ON SATURDAY

High pressure pushes in from the west on Thursday bringing mainly settled conditions. Friday is fairly settled also then on Saturday a cold front pushes northwards over the South Island during the day, it brings some rain in the west and south but as the front moves northwards it loses its strength. Most of the east coast may only get a cool change and some thickening cloud.