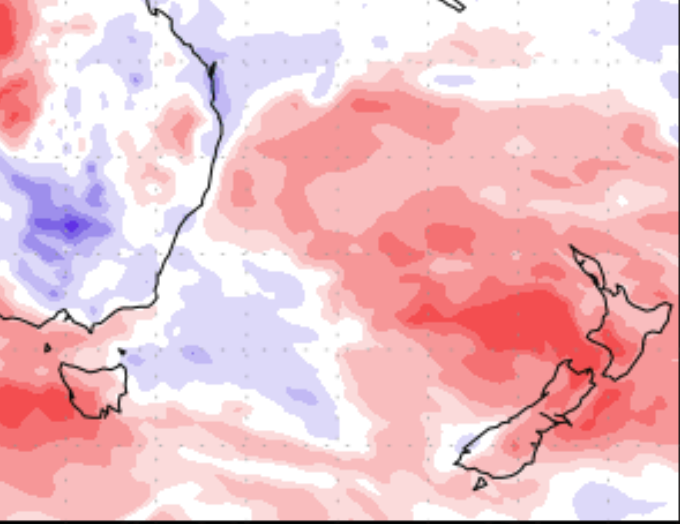 A cold front pushes northwards over the South Island today but will gradually weaken. Before it moves in temperatures will likely be warm about Canterbury for example getting into the late twenties this afternoon. The North Island is mainly settled today but there is a light shower or two this morning in the northeast (Bay Of Plenty through to eastern Northland) then this afternoon an isolated shower or two about some inland areas.

WARM FOR THE WESTERN NORTH ISLAND ON WEDNESDAY

As a southerly quarter airflow pushes over the North Island on Wednesday cool temperatures will spread up the east coast during the day but out west expect a hot afternoon with highs in the late twenties from northern Taranaki up through to Northland.


HIGH PRESSURE TO PERSIST FOR A WHILE WITH MAINLY DRY WEATHER

High pressure hangs around New Zealand for a while after the cold front moving up the country from today gets out of the way, another front is due on Saturday but in a similar matter it weakens as it moves northwards then peters out. Fiordland is the only place to receive a normal amount of rainfall for the time of year over the next week, elsewhere is looking a bit drier than normal.