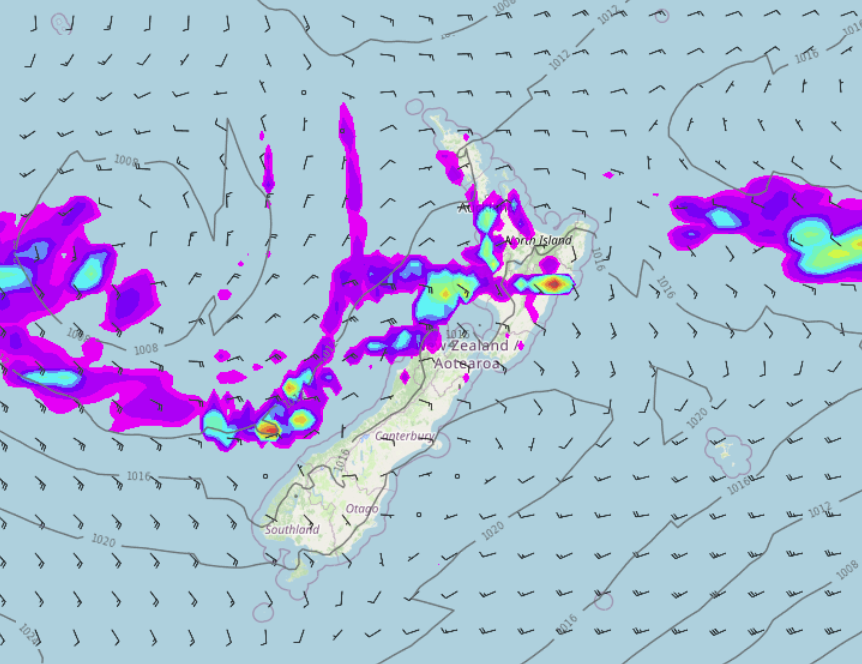 A ridge of high pressure lies over the South Island today bringing mainly settled weather, an easterly quarter airflow for the North Island and a stationary front brings cloudier skies with and showers or drizzle.

Mostly cloudy with northeasterly winds for the upper North Island, southeasterly winds for the lower and eastern North Island. Some sun may break through this afternoon mainly out west. Expect occasional showers and drizzle patches, perhaps some rain for Bay Of Plenty across to Taranaki, easing this afternoon for Bay Of Plenty and Waikato. Very warm and humid conditions.

Mostly sunny along the West Coast and about Southland and Otago, morning low cloud or fog though then breaking away. Canterbury is a bit cloudy with any morning drizzle clearing, sun may break through this afternoon in spots. Marlborough has a mostly cloudy day, drizzle clears this afternoon. Nelson sees any morning showers clear then sun breaks through in the afternoon. Winds mostly coming in from the easterly quarter.