Tuesday’s national forecast – Showers in the east, dry in the west (+8 maps) 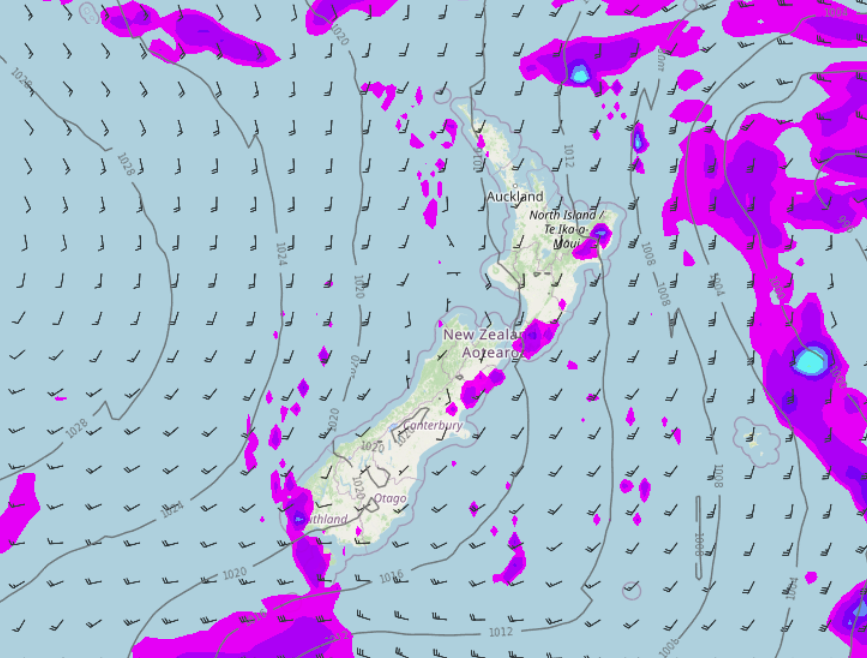 A southwesterly airflow lies over New Zealand today, western regions are mainly dry overall although north of Auckland could see a clearing shower this morning. Also Tasman and Buller could see an isolated shower or two. In the east there is a few showers, rain about Hawkes Bay and Gisborne this morning then easing.

Western North Island (including Central North Island)
Morning cloud breaks to sunny areas, there could be morning showers towards the ranges in the east then clearing. South to southeasterly winds, fresh about the coast.
Highs: 8-14

Wellington
Mostly cloudy, conditions may be dry at first then the odd shower from late morning. Fresh gusty southerlies.
Highs: 10-12

Marlborough & Nelson
Mostly sunny, chance of an afternoon shower for Tasman. Southerly winds. Winds may become light and variable in the afternoon for Nelson, perhaps tending northerly for a time.
Highs: 12-14

Canterbury
Some sun with light winds then late morning southwesterlies freshen bringing some cloud and few showers, clearing in the evening. There may be fleeting snow flurries to 700m. South Canterbury especially inland has a mainly dry day.
Highs: 8-10