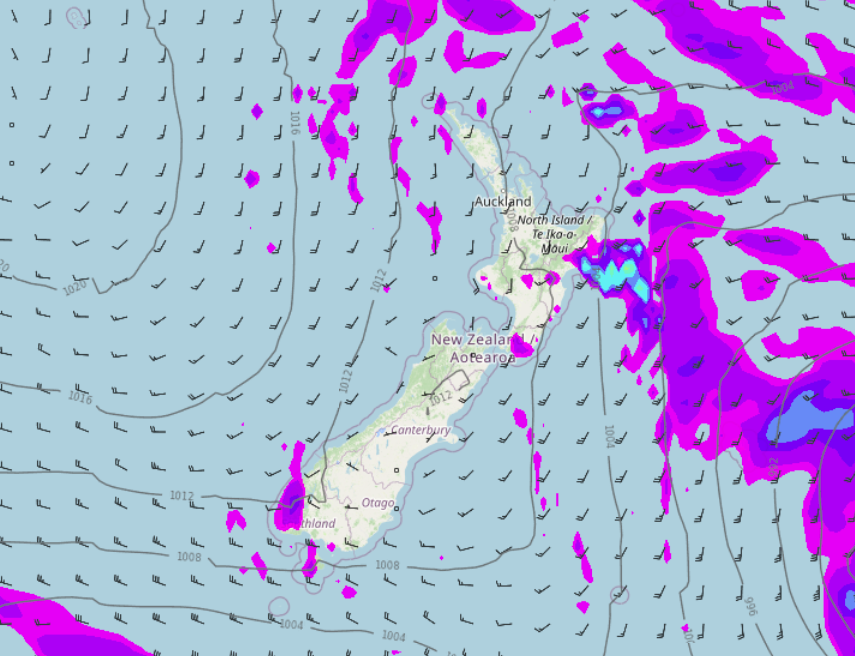 A ridge pushes in over the country today with an easing south to southwesterly airflow.

Gusty southerly quarter winds through Cook Strait and for western and eastern coastal areas of the North Island gradually pull back today, first easing in the west then later on in the east.

Western North Island (including Central North Island)
A few morning showers clear then sunny areas increase, south to southeasterly winds ease dying out in the evening. Winds strong about the coast in the morning.
Highs: 9-15

Eastern North Island
Showers ease, clearing in the afternoon for places inland or tucked in away from the coast like Napier, showers may not clear elsewhere like Wairarapa and Gisborne till evening. Gusty southwesterlies die out in the evening.
Highs: 13-15

Wellington
Showers ease, clearing later in the afternoon or early evening. Some sun possible before dusk. Gusty southerlies ease dying out in the evening.
Highs: 11-13

Marlborough & Nelson
Sunny for Nelson, any morning cloud about Marlborough clears then mostly sunny. Southerlies die out in the morning, afternoon northerlies for Nelson.
Highs: 13-15

Canterbury
A few showers, clearing up in the afternoon then a few sunny spells breaking through. Southwesterlies ease dying out before evening.
Highs: 11-12

West Coast
Mostly sunny, there may be some cloud about from mid afternoon as light southeasterlies tend southwest. Evening showers for Fiordland.
Highs: 12-14

Southland & Otago
Morning cloud breaks to some sun but then expect some high cloud, chance of an early clearing shower for Otago with southwesterlies dying away. A few spits overnight for Southland. Northwesterly winds for Southland and Central Otago.
Highs: 11-12