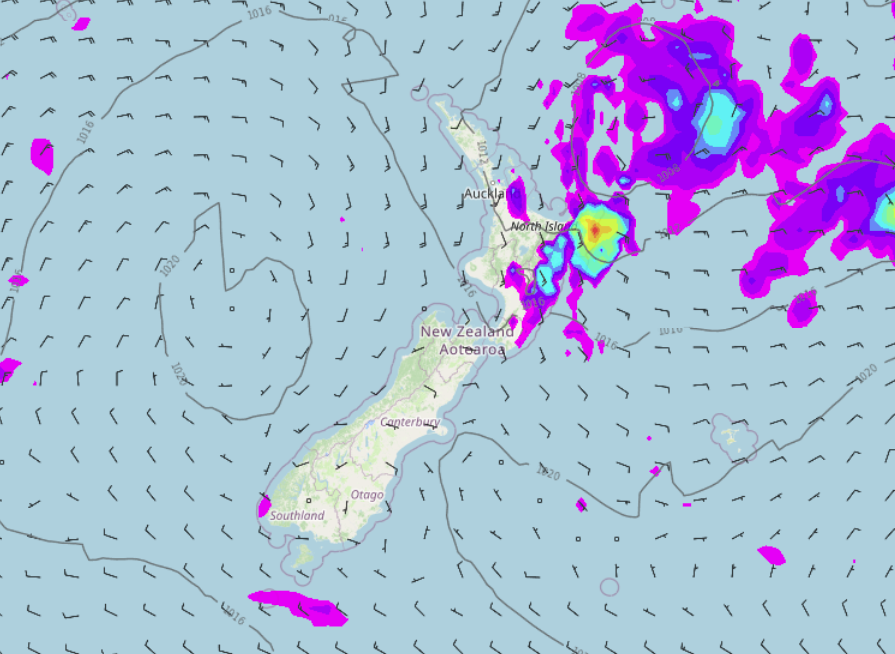 A southerly airflow continues to lie over the North Island today with wet weather in the east and drier conditions out west. The South Island is mainly settled with high pressure.

Northland, Auckland, Waikato & Bay Of Plenty
Mostly sunny, some cloud may push through for a time in the afternoon bringing the risk of a shower especially Waikato and Bay Of Plenty. South to southwesterly winds.
Highs: 23-26

West Coast
Some cloud right on the coastal fringe especially morning and night, sun at times. Further inland there may be morning fog then some sun with high cloud. Light winds tend southwest in the afternoon.
Highs: 20-25

Southland & Otago
Mostly cloudy, a few light showers possible mainly about the coast. Sun may break through in the afternoon. The lakes district has sunnier weather with cloud morning and night, high cloud during the day. Light winds.
Highs: 18-21