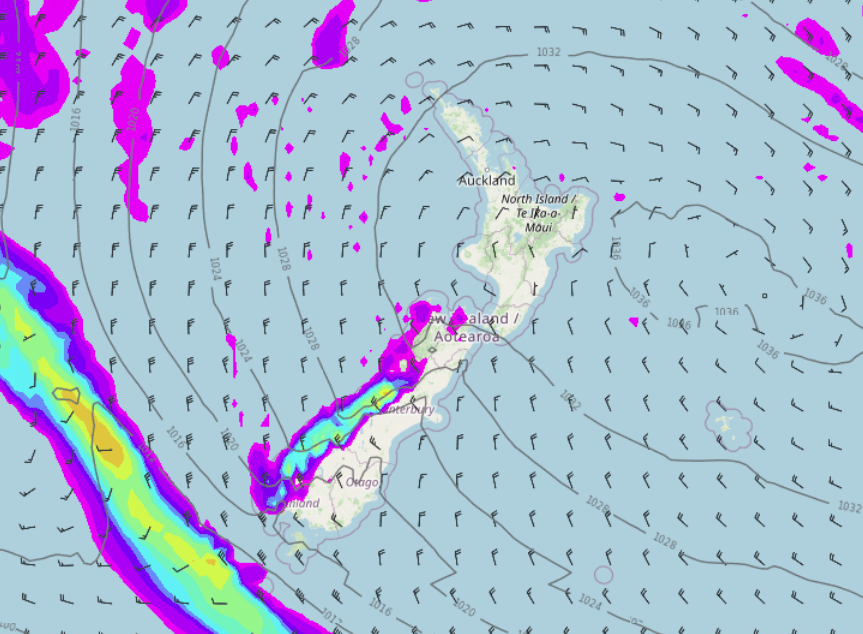 A ridge of high pressure brings mainly settled weather to the North Island today, a north to northwesterly airflow for the South Island brings showers in the west and dry mostly sunny weather in the east with warm temperatures.

Northland, Auckland, Waikato & Bay Of Plenty
A mix of sun and cloud, Coromandel through to eastern Northland may see a light shower or two. East to northeasterly winds.
Highs: 15-16

Western North Island (including Central North Island)
Mostly sunny with north to northwesterly winds, some cloud may catch coastal Taranaki and especially Kapiti. Kapiti may even see a light shower or two.
Highs: 14-16

Marlborough & Nelson
Mostly sunny, there may be a touch of high cloud, Nelson sees some mid level cloud at times. North to northwesterly winds a little gusty in the afternoon.
Highs: 15-17

Southland & Otago
Mostly sunny with some high cloud, cloud thickens and lowers in the evening about Southland. Northwesterly winds become breezy in the afternoon.
Highs: 18-19