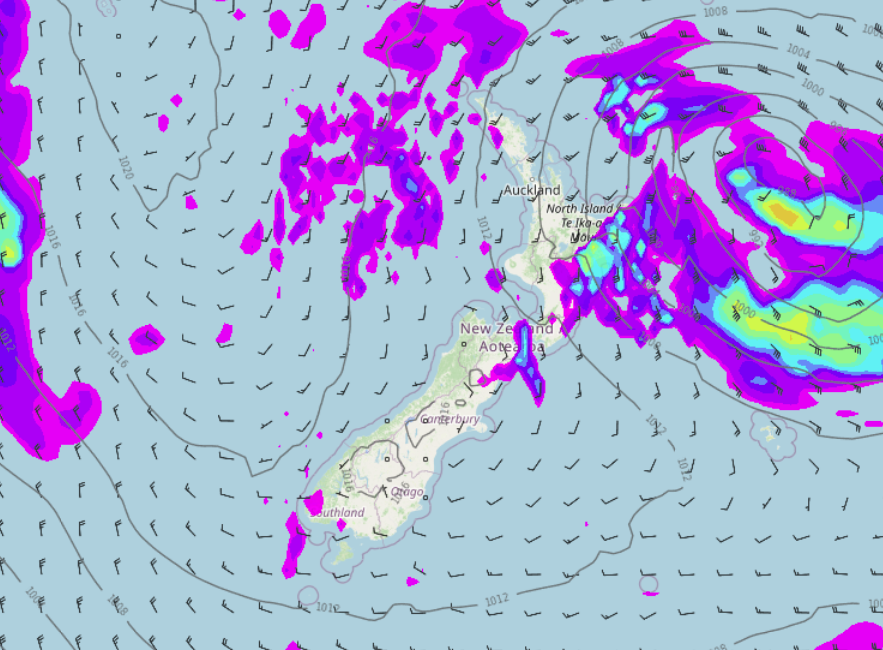 A deep low moves away from the North Island today out to the east and southerly winds ease. The South Island has a settled day with a ridge of high pressure, very frosty though especially inland.

Northland, Auckland, Waikato & Bay Of Plenty
Any early showers clear then dry. High cloud for the rest of the day but there may be some afternoon sun break through. Southerlies change southwest by midday.
Highs: 12-14

Marlborough & Nelson
Mostly sunny, Marlborough may have some coastal morning cloud with the risk of a shower then clearing away. South to southeasterly winds die out later in the day.
Highs: 9-13

Canterbury
Mostly sunny with a very frost start especially inland, there could be some coastal morning cloud then clearing. Out on Banks Peninsula could see a shower or two during today also. Light southwesterlies.
Highs: 6-10