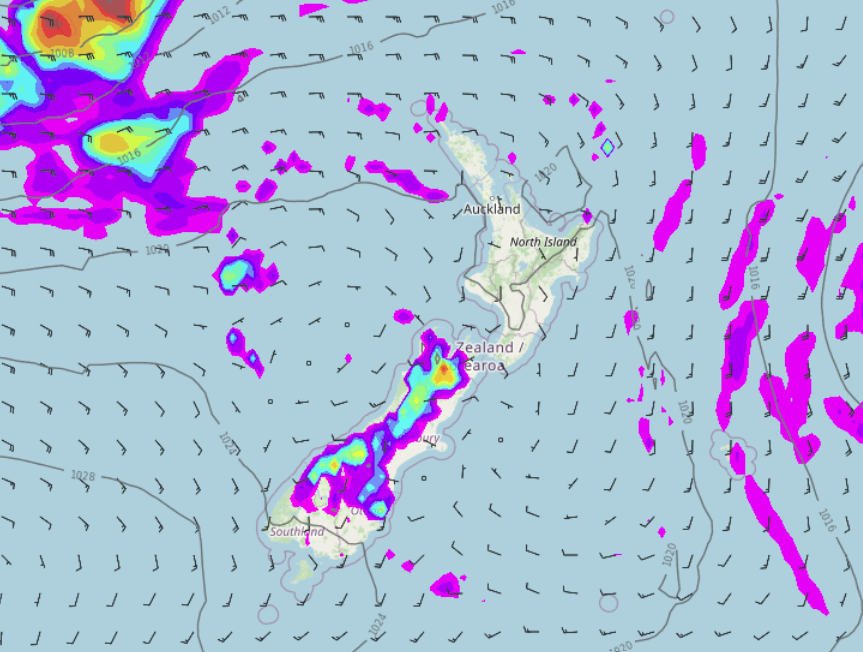 Marlborough & Nelson
A mix of sun and cloud, isolated showers develop inland during the afternoon, some may be heavy then clearing at night. Easterly winds for Marlborough, afternoon northerlies for Nelson.
Highs: 20-21

Canterbury
Some cloud about South Canterbury spreads northwards during the morning then breaks away in the afternoon, the odd shower possible inland. About the western high country isolated showers become more widespread in the afternoon, clearing in the evening. Light winds change southwest in the evening bringing a few light showers or drizzle patches across the plains.
Highs: 18-23

West Coast
Morning cloud (fog for inland Buller) and the risk of a shower then sunny spells, isolated showers develop about the ranges in the afternoon though (one or two may be heavy) then clearing in the evening. Southwesterly winds.
Highs: 21-24

Southland & Otago
A dry morning, some sun then around midday south to southwesterly winds develop bringing a shower or two (especially inland), clearing at night.
Highs: 18-22