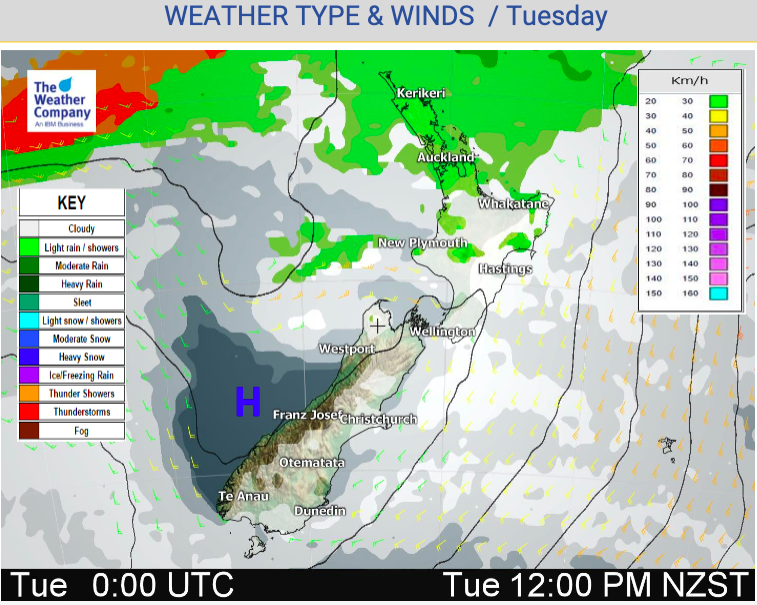 It’s a cloudy day for many regions with the sunniest weather on the West Coast today as high pressure continues to grow.

Northern NZ still has showers while many eastern and northern regions of both islands remain quite cloudy, although sunnier spells are increasing around the South Island.

Here are the regional forecasts for Tuesday – remember to visit RuralWeather.co.nz to drill down locally with the most weather data on earth for NZ.

Northland, Auckland, Waikato & Bay Of Plenty
A mild day with showers, some might be heavy but isolated. Quite cloudy. Variable winds.
Highs: 15-20

Eastern North Island
A much cooler day than Monday with southerlies and plenty of cloud.
Highs: 11 – 14

Canterbury
A mix of sun and cloud with light winds from the SW.
Highs: 11