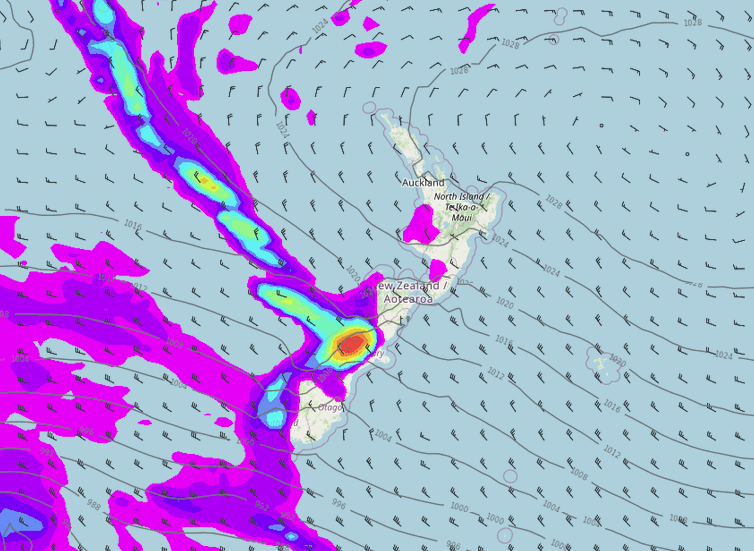 Marlborough & Nelson
Partly cloudy, rain spreads into Nelson from evening then overnight into Marlborough from the west. Strong northwesterlies, rising to gale for Marlborough.
Highs: 15-16

Canterbury
High cloud, heavy rain moves into the high country during the morning. Spots of rain spread eastwards in the afternoon then clearing evening. Strong northwestlies, a risk of gales mainly inland and about North Canterbury.
Highs: 11-17

Southland & Otago
Morning rain, heavy about the Lakes District then easing around midday. Scattered rain or showers push back in again in the afternoon although staying dry for eastern Otago. Gusty or strong northwesterlies.
Highs: 14-16