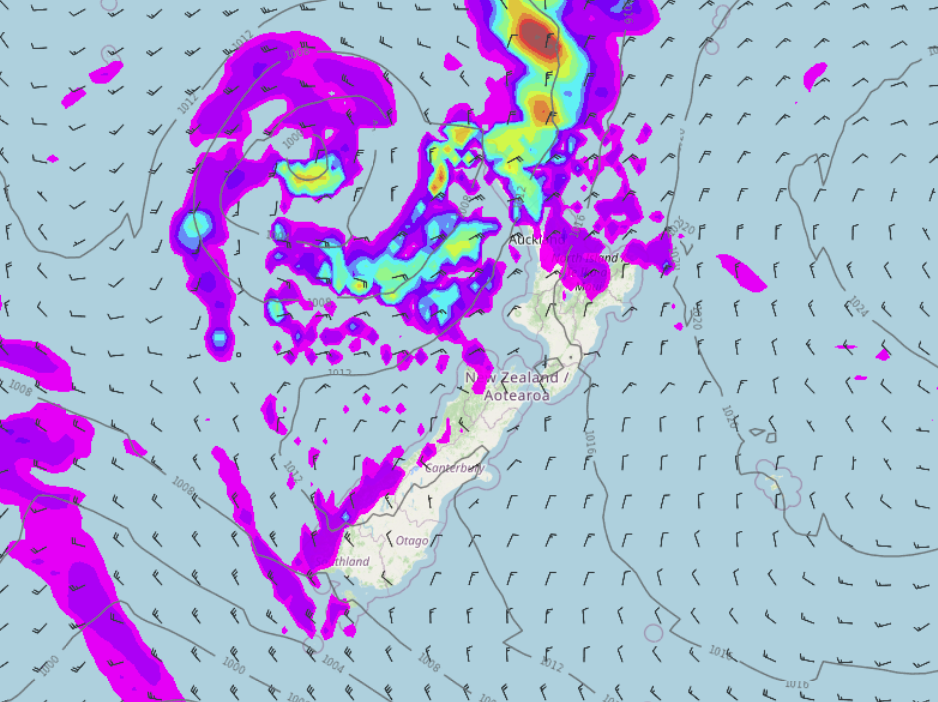 A front swoops down over the upper North Island today meanwhile a ridge of high pressure lies over the rest of the country.

Northland, Auckland, Waikato & Bay Of Plenty
A few showers, rain about Northland spreads into Auckland afternoon then through Waikato and onto Bay Of Plenty by evening. Rain may be heavy especially in areas exposed to the east, rain then eases back to showers as blustery northeasterlies tend to the north. There could be a few thunderstorms north of Auckland for a time.
Highs: 19-21

Wellington
Risk of an early light shower then mostly cloudy but there is the chance of a sunny spell breaking through at times. Later in the evening some rain moves in. North to northwesterly winds.
Highs: 18-19
Marlborough & Nelson
Sunny areas and thickening high cloud, spits of rain move into Nelson early evening then Marlborough later on. North to northwesterly winds.
Highs: 17-20

West Coast
Mostly cloudy but mainly dry, a few showers for Fiordland may spread elsewhere in the evening for a time. Buller will likely see some evening rain or showers. Light winds.
Highs: 16-18