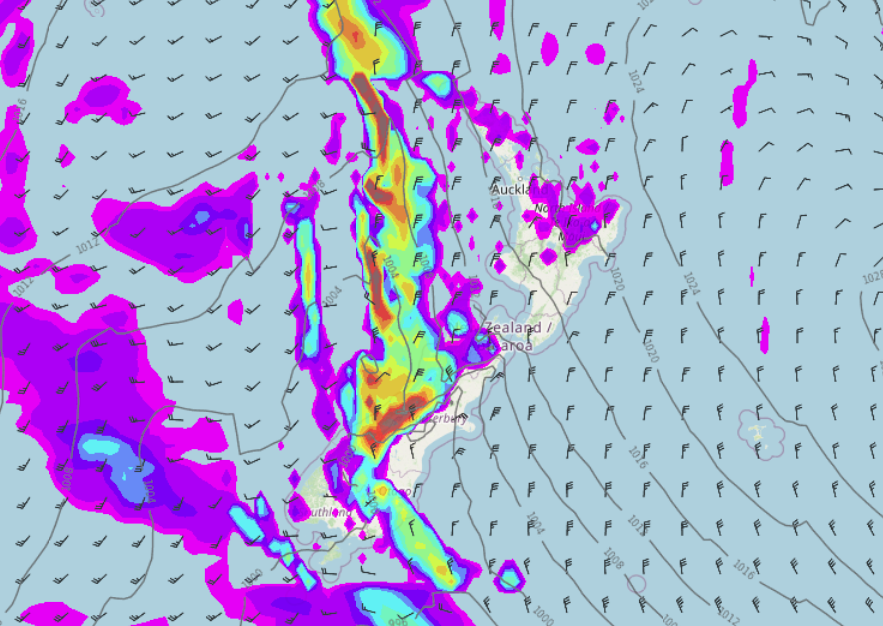 A front pushes northwards over the South Island today bringing unsettled weather, heavy rain in the west, strong northerlies ahead of the front then cold southwesterlies moving into the far south this afternoon.

Canterbury
Thick high cloud with gusty northerlies developing. Heavy rain moves into the high country from afternoon then more general widespread develops later in the evening about the plains with southwesterlies. Snow lowers to 800m overnight about northern parts of the region, 500m in the south.
Highs: 11-16

West Coast
Heavy rain about South Westland spreads into North Westland around midday, perhaps a chance of thunderstorms, more so south of Greymouth. Rain easing back to showers during the evening as strong northerlies change southwest.
Highs: 12-14

Southland & Otago
Dry with high cloud in the morning although expect rain about the western ranges and the lakes district, rain spreads elsewhere during the afternoon with southwesterlies. Rain eases back to showers in the evening or overnight. Snow lowers to 300m at night.
Highs: 10-14