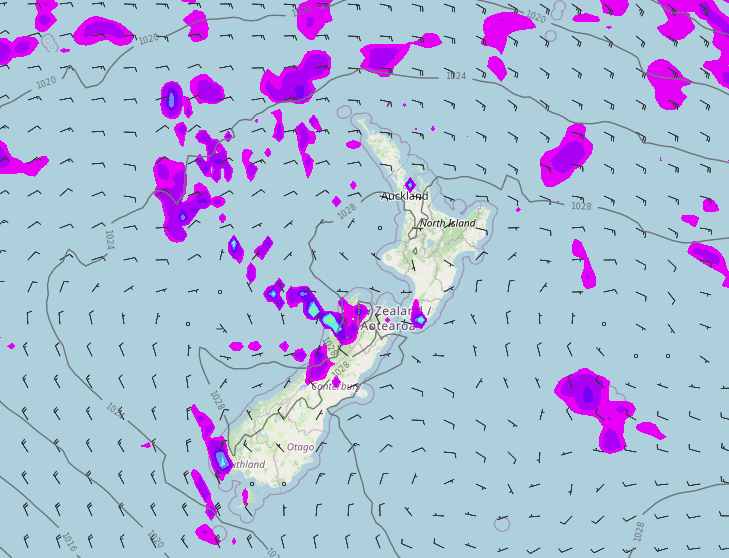 Conditions are mainly settled for New Zealand today thanks to high pressure, there is one or two showers about though, more details below.

Northland, Auckland, Waikato & Bay Of Plenty
Mostly sunny, some cloud at times in the east and for Northland with the odd shower Coromandel northwards. Easterly winds. Waikato and Bay Of Plenty has mainly sunny weather with any early mist or fog breaking away.
Highs: 19-21

Eastern North Island
Mostly sunny with some high cloud, some mid level cloud hangs about Wairarapa and north of Gisborne. Light winds tend east to northeast in the afternoon.
Highs: 20-21

Marlborough & Nelson
Some sun at first, areas of cloud move into Nelson during the morning then Marlborough afternoon. There may be a spit or two otherwise mainly dry. Light winds.
Highs: 19-21

West Coast
Mostly sunny weather, some morning cloud about Fiordland breaks away. There may also be some cloud north of Greymouth with the risk of a light shower. Morning fog for inland Buller breaks away. Light winds.
Highs: 17-19