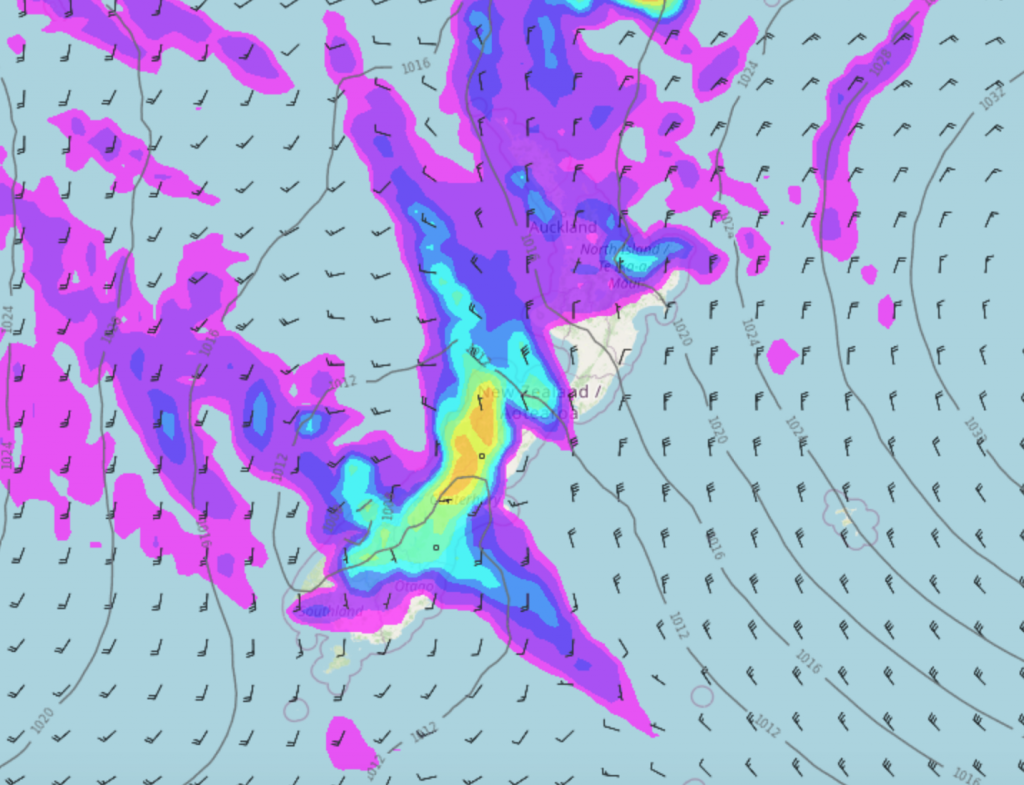 A cold front pushes northwards over the South Island today reaching the lower North Island later this afternoon or evening. Southerlies behind the front bring snow to the ranges of the South Island.

Wellington
Morning sunny spells possible, rain develops in the afternoon, becoming heavy in the evening before easing overnight. Strong to gale northerlies ease later in the day then change to the south at night.
Highs: 14-16

Marlborough & Nelson
Showers for Nelson, spits possible for Marlborough, rain becomes widespread for most in the afternoon, easing back to showers in the evening. Strong to gale northerlies, easing from afternoon
Highs: 14-15

Canterbury
Scattered morning rain, heavy in the high country. Northerlies (strong for North Canterbury) change around to the south by midday. Rain starts to ease in the high country from afternoon, only occasional showers left for most by evening. During the afternoon snow flurries may lower to about 600m in the ranges south of Banks Peninsula.
Highs: 7-17

Southland & Otago
Rain, easing to showers first thing for Southland, during the afternoon for Otago. Showers clear Southland in the evening. Snow flurries lower to 400 or maybe even 300m. Southerly winds.
Highs: 9-12