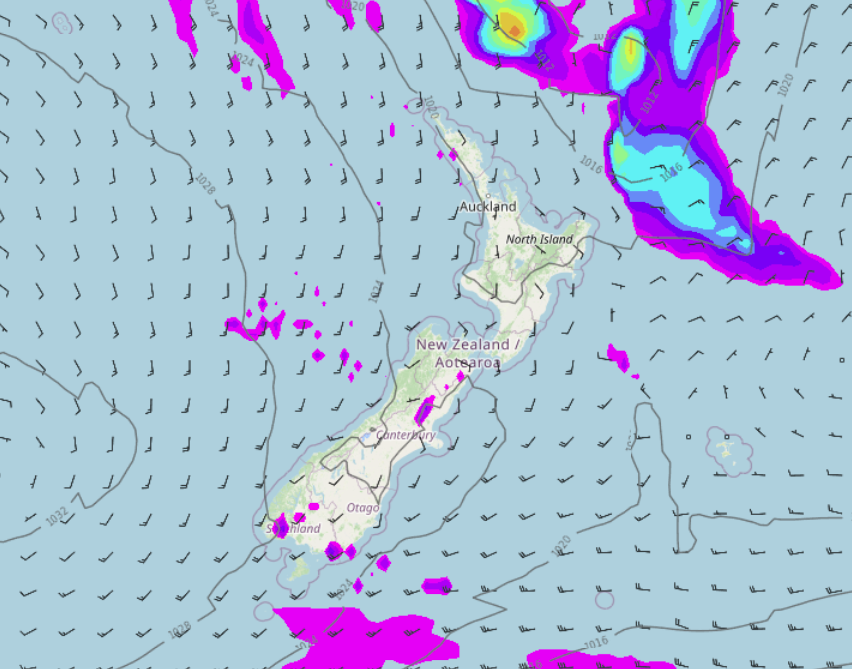 Northland, Auckland, Waikato & Bay Of Plenty
Morning cloud, chance of a shower about the western coastline then breaking to sunny areas. Bay Of Plenty has sun and some high cloud, lower level cloud thickens later in the day. Overnight spits or showers move in from the northeast. Southwesterlies tend southeast in the evening.
Highs: 19-21

Western North Island (including Central North Island)
Mostly sunny, light winds tend southeast in the afternoon and some cloud develops. Showers spill over into the Central Plateau from the east in the evening.
Highs: 17-21

Wellington
A sunny morning then cloud and a few showers move in around midday as southerlies strengthen.
Highs: 15-18

Marlborough & Nelson
A sunny morning, cloud and a few showers from around midday for Marlborough as southerlies freshen. Nelson sees some cloud start to develop in the afternoon but only the risk of a shower in the evening.
Highs: 17-20

West Coast
Morning cloud and the risk of a shower then sunny, southwesterly winds die out later in the day.
Highs: 17-20

Southland & Otago
A few showers for Southland, thinning out in the afternoon and clearing evening. Otago is mainly dry with a mix of sun and cloud but may see the risk of a shower. Southwesterlies die out later in the day.
Highs: 12-14