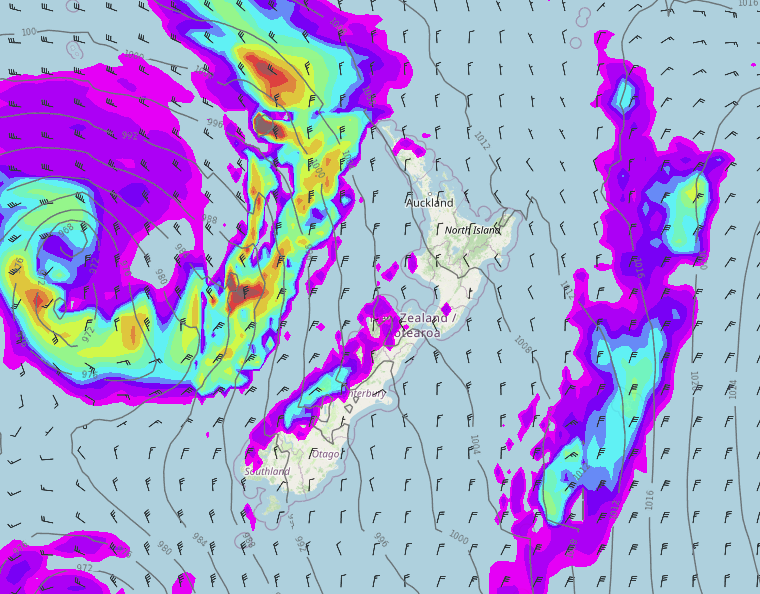 New Zealand lies under a northerly quarter airflow today with a front that passed over us yesterday well out to the east and another front lining us up in the Tasman Sea.

Northland, Auckland, Waikato & Bay Of Plenty
Early showers clear then expect a mix of sun and cloud, high cloud starts to thicken from afternoon. Rain develops for Northland in the evening then spreading elsewhere. Northerly winds strengthen later in the day.
Highs: 17-20

Wellington
Cloudy areas and the odd spit or shower, sun breaks through at times in the afternoon. Rain overnight. Strong north to northwesterly winds.
Highs: 17-18

Marlborough & Nelson
A mix of sun and cloud, the odd spit or shower possible. Rain overnight becomes heavy. Northwesterlies tend to the north in the afternoon, strengthening later.
Highs: 16-18

West Coast
Early rain eases to showers, later in the evening or overnight rain moves back in with heavy falls and thunderstorms. Northerlies tend northeast in the afternoon, becoming strong especially later.
Highs: 15-17