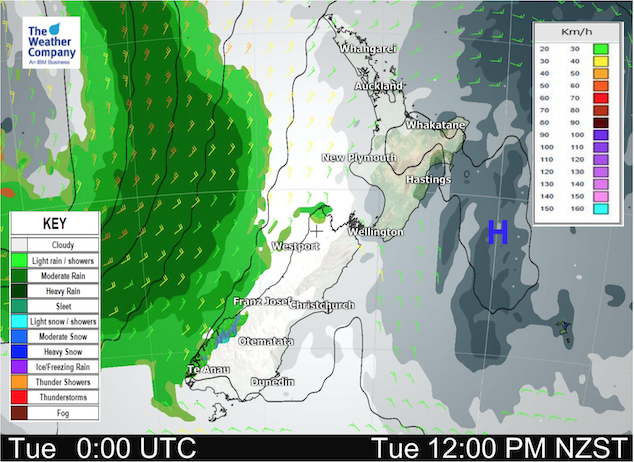 A high pressure system centred to the east just clings onto New Zealand today, it will gradually weaken (mainly later on / overnight) letting in a north to northeasterly airflow.

Northland, Auckland, Waikato & Bay Of Plenty
Cloudy areas and sunny spells, risk of a shower at times for western Bay Of Plenty, northern Waikato and Auckland then Northland by late afternoon. East to northeasterly breezes.
Highs: 15-17

Western North Island (including Central North Island)
A sunny and cold start then some cloud drifts in by midday, drizzle develops about Taranaki at night. Light northerlies.
Highs: 12-15

Marlborough & Nelson
Sunny areas and increasing high cloud for Marlborough, Nelson sees slightly cloudier skies although there may be some sun to start in the morning. Light north to northwesterly winds.
Highs: 12-15