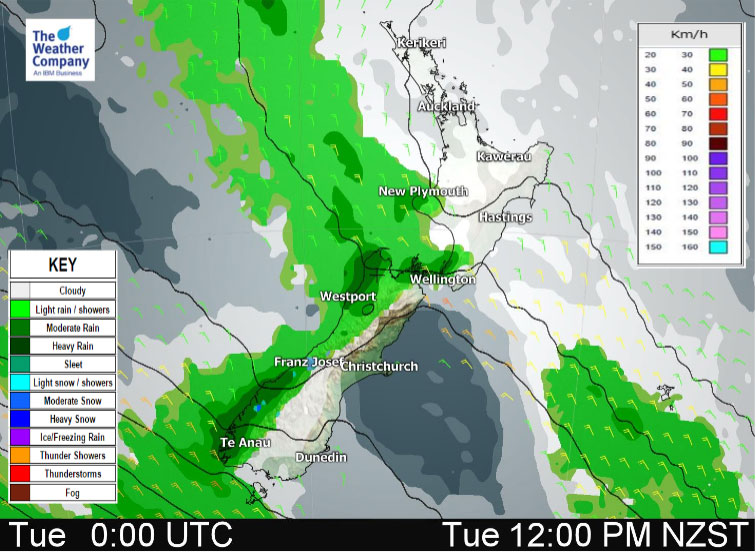 A north to northwesterly airflow lies over New Zealand today, an occluded front over central parts of the country weakens.

Marlborough & Nelson
Morning rain about Marlborough then breaking to sunny areas and some high cloud, northerlies tend northwest in the morning. Showers for Nelson, sun may break through at times otherwise mostly cloudy, north to northeasterly winds ease.
Highs: 15-18

Canterbury
A mainly sunny and warm day, may be a touch of high cloud. Light northwesterly winds.
Highs: 17-20

West Coast
Morning rain about Greymouth northwards eases to the odd shower and some sun breaks through in the afternoon, rain about Fiordland becoming a little more persistent from afternoon and spreading into South Westland a touch. North to northeasterly winds.
Highs: 13-15