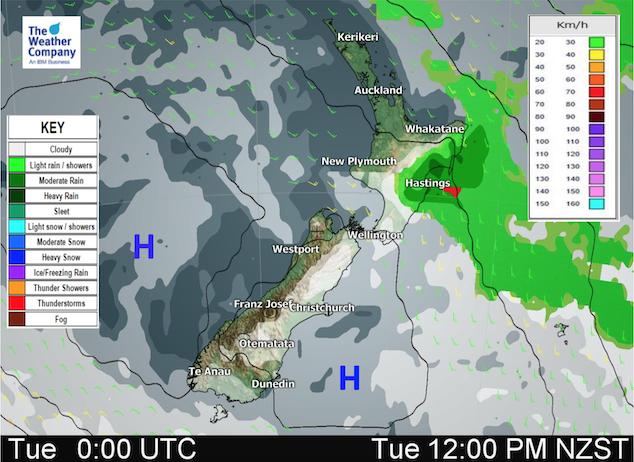 An anticyclone lies over the South Island today meanwhile a south to southeasterly airflow gradually eases over the North Island.

Northland, Auckland, Waikato & Bay Of Plenty
A sunny day with light southeaterly winds. Some cloud and a shower or two is possible about the outer Coromandel and Great Barrier Island for a time.
Highs: 16-18

West Coast
Mostly sunny with light winds, some cloud may move into coastal areas in the evening. Also watch for some mist or fog morning and night about some inland areas, inland Buller is a good candidate for this.
Highs: 14-15

Southland & Otago
Mostly sunny, there may be a touch of high cloud. Watch for areas of mist or fog morning and night about inland areas. Coastal Otago has some morning cloud then breaking to a mostly sunny afternoon. Light winds.
Highs: 10-12