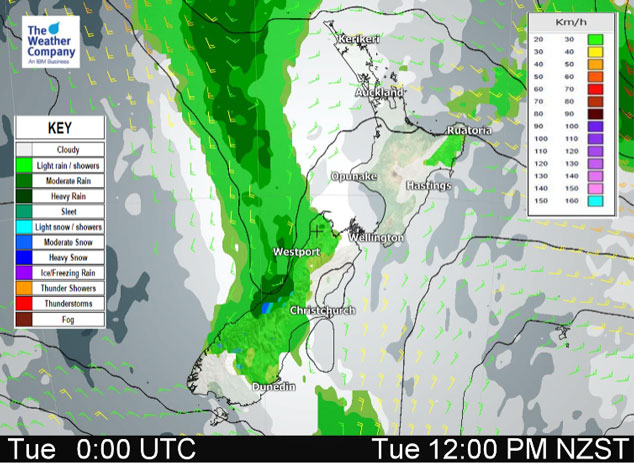 Two large anticyclones site either side of New Zealand today, in between a front lies down the middle and over the South Island stretching out from an area of low pressure north to the North Island.

Eastern North Island
Mostly sunny about Wairarapa although expect some high cloud, Hawkes Bay has a mix of mid and high level cloud (skies near coastal Hawkes Bay may be a bit cloudy). Cloudy skies for Gisborne with the odd shower. Northeasterly winds.
Highs: 15-17

Canterbury
A cloudy day, some drizzle or the odd shower north of about the Rakaia River from late morning. Cool southwesterly winds.
Highs: 11-13