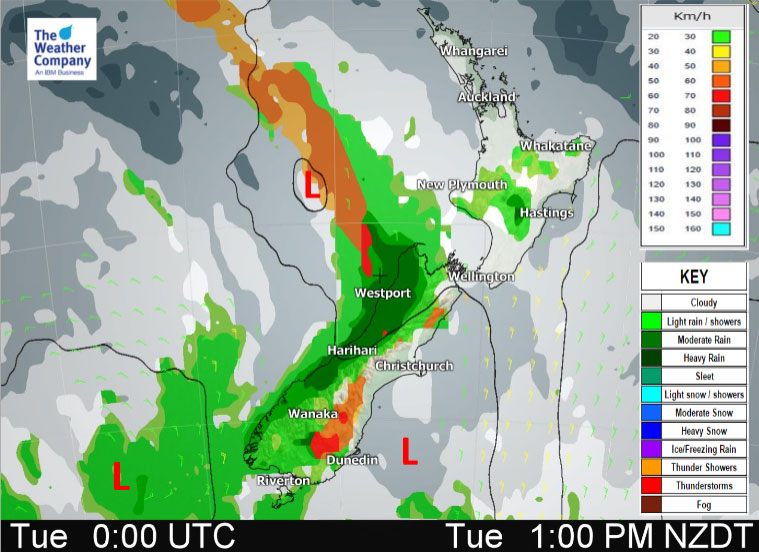 A large high to the east of New Zealand directs a warm humid northerly airflow over the country today.

Marlborough & Nelson
Sunny areas and some high cloud for Marlborough, chance spot of rain in the afternoon spreading from the west. Nelson has mostly cloudy skies, the odd spit, rain may be more persistent for a time in the afternoon. North to northwesterly winds.
Highs: 22-29

Canterbury
Sunny spells, there may be a spit or shower otherwise mainly dry. Light winds, tending northeast near the coast.
Highs: 25-29