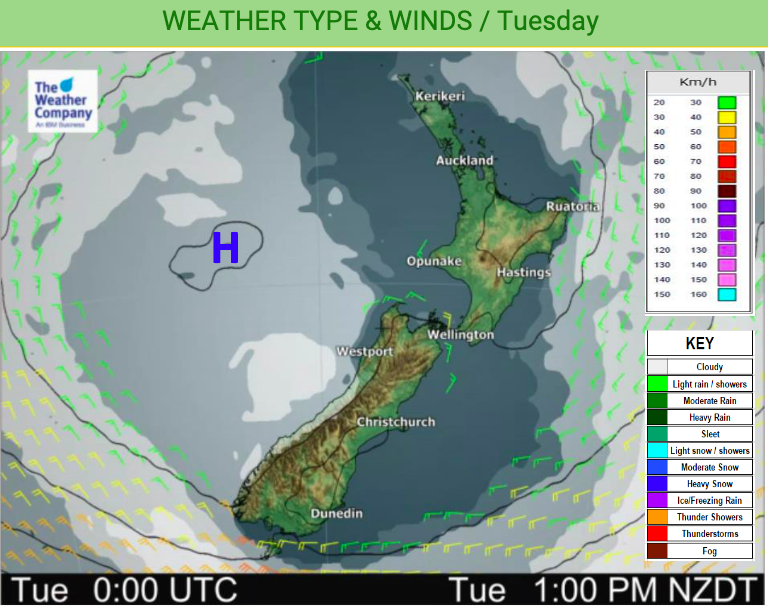 High pressure covers New Zealand and winds are much lighter for most regions. Still, it’s not entirely calm with a breeze still blowing through Cook Strait and the Southern Alps in places.

Westerlies will be brisk around Stewart Island and coastal Southland.

The highest risk for showers today is in Fiordland and Stewart Island, everywhere else should be dry.

Canterbury
A cool start for some, then a sunny day with light variable winds. Several degrees cooler in coastal areas compared to inland.
Highs: 15 – 21

West Coast
A mix of sun and cloud in coastal areas, sunny and hot inland.
Highs: 18 – 26

Southland & Otago
A cool start but warming up, especially away from the sea where it will be sunnier. Westerlies for Southland and easterlies in coastal Otago. Hot inland. Windiest about Stewart Island with the risk of a shower there.
Highs: 18-32