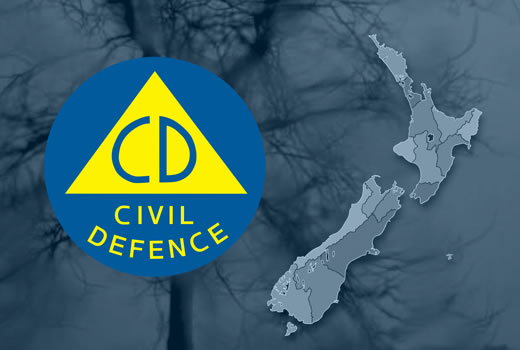 The warning system which provides coordinated tsunami threat information to countries throughout the Pacific marks its 50th anniversary next week.

New Zealand will play a part in an International Tsunami Symposium in Hawaii on April 20 and 21 to commemorate the 50th anniversary of the Pacific Tsunami Warning and Mitigation System (PTWS), and a subsequent meeting of the Intergovernmental Coordination Group (ICG) of the PTWS from 22-24 April.

Dr Ken Gledhill of GNS Science has for the past four years chaired the systemâ€™s Intergovernmental Coordination Group (ICG) which governs the system.

Attending the Symposium also presents the opportunity for New Zealand to contribute to discussions on reviewing the current state of the system and identifying next steps, desirable partnerships, and necessary commitments needed to sustain and evolve the system for the future.

The Pacific Tsunami Warning and Mitigation System was established in 1965 in response to the 1960 Chile tsunami which resulted in casualties across the Pacific. The system now provides coordinated tsunami threat information to 46 countries including New Zealand.

However, Mr Coetzee said that it was important for people to note that only messages issued by the Ministry represented the official tsunami warning/advisory status for New Zealand.

â€œThe PTWS messages, issued by the Pacific Tsunami Warning Centre in Hawaii, are one of the triggers to start a New Zealand response if one is needed. The Ministry uses that information, as well as additional assessment by GNS Science, to decide and then communicate the threat status for New Zealand.â€

â€œFor a tsunami generated very close to New Zealand there simply wonâ€™t be time for an official warning,â€ he said. â€œIt is therefore important to prepare before a tsunami and be able to recognise the natural warning signs so you can act quickly.â€

If you are at the coast and experience any of the following, then move immediately to the nearest high ground, or as far inland as possible:

More information on how to prepare for tsunamis is available online at www.getthru.govt.nz/disasters/tsunami or from your local council.