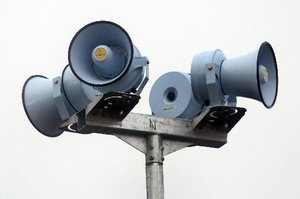 The incident, about 8pm, came only two months after another false triggering of the pager-activated alarm system. The cause of both false alarms remains unknown.

Whakatane resident Geoff Cottrell said the local radio station did not give any information after the alarm sounded, so his household evacuated up the hill.

It was concerning that only four or five other families did the same, he said.

“It appears the alarm is no longer being taken seriously by the population,” Mr Cottrell said.

“This is simply not good enough and needs urgent review before we all stop responding to the alarm and assume that it’s just another computer failure.”

The council was working with state-owned communications company Kordia, which looked after the technology behind the alarm system, to try to identify the problem.

“Because obviously having any false alarms for tsunami warnings is not a good thing – we want people to be noting them and taking action, rather than thinking it’s another false alarm.’

Mr Boreham said the cause of the previous false alarm had not been established definitively.

Some changes had been made since then, but those had not solved the issues.

“We will know a bit more later in the day, but at the moment we can’t really tell you what the cause was or why it happened.”

The system was automated so it was unlikely to be caused by human error, Mr Boreham said.