Tropics starting to wake up 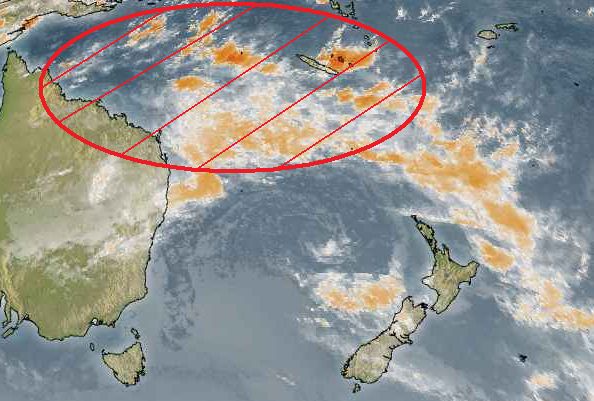 While the humidity increase here is related to a shift in anticyclones (highs) the thunder and rain activity north of us has significantly stepped up in recent weeks.

Queensland has had a noticeable jump in rain events recently and according to Weatherzone some parts of tropical Queensland had their highest one day December rain totals in over 10 years in the past day or so.

While no tropical or sub-tropical lows have crossed New Zealand in several weeks we have seen rain bands tapping into the humid sub-tropical air.

The heavy rain on Sunday in northern New Zealand was associated with air being  pulled down from the tropics.  It was this humid air that also helped create some impressive thunderstorms on Monday and Tuesday around the North Island and upper South Island.

WeatherWatch.co.nz says another slow moving front with sub-tropical connections will move over the country this time next week.  The weather news authority predicts it won’t be too much longer before tropical storms start forming.

The tropical cyclone season runs from November to May and on average one ex-cyclone passes near New Zealand each season.

Last year, during an especially strong La Nina, several passed over or very near New Zealand.

Despite last year’s busy cyclone season thanks to La Nina, this year NIWA says New Zealand is at a reduced risk of receiving an ex-cyclone.