Tropics quietening down…but for how long? 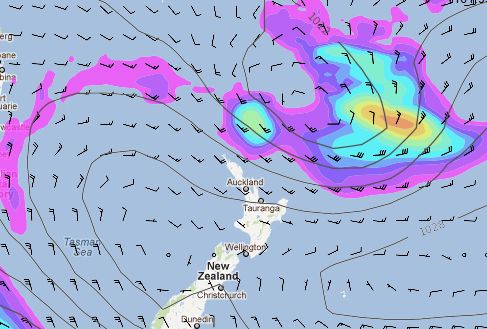 The past few weeks in the tropics have been some of the most active this year but in recent days things have started to finally calm down – but long range models are showing more signs of life in the coming weeks.

As of today a small low directly to the north of New Zealand wasn’t expected to affect us, as it gets pushed further east thanks to an incoming high from the Tasman Sea,

Over the next week the tropics will continue to remain fairly quiet – keeping in mind they are in their rainy season at the moment.

But long range data suggests we may be heading back to the weather pattern we had earlier this year – which saw more easterlies for northern New Zealand, more highs for central and southern New Zealand and a return to more active weather across the tropical south west Pacific and easterlies over northern parts of the country.

The Fiji Met office says the chance of a tropical cyclone forming in the next three days is considered “very low” or less than 5%.

Australia’s BOM (Bureau of Meteorology) has the same prediction for all three Australian tropical zones over the next few days – Coral Sea, Northern Territory and Western Australia.

But it will be next week when the tropics start to fire up again.

WeatherWatch.co.nz says there is nothing to indicate any cyclones, but that conditions will be “more favourable for cyclone and tropical low development later next week”.

WeatherWatch.co.nz says New Zealand’s weather looks likely to be dominated by large highs moving in from Australia for the next 10 days – but that another tropical low can’t be ruled out within the next two weeks, with computer guidance suggesting a sub-tropical low is possible near New Zealand in the last of April.

Homepage image / could we see yet another low in the last week of April as this map predicts?